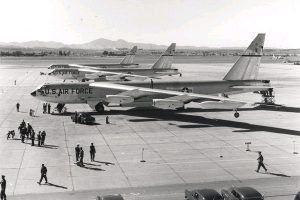 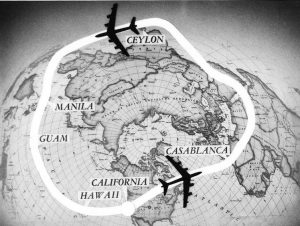 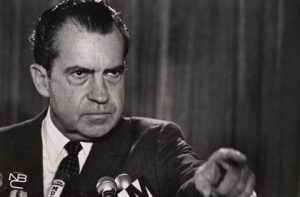 On December 13, 1972, peace talks with North Vietnam broke down, and President Richard Nixon announced that the United States will begin a massive bombing campaign to break the stalemate. Nixon was furious, and order the plans drawn up for retaliatory bombings of North Vietnam, and Linebacker II was the result. The bombings began on December 18, 1972 and continued until December 29, 1972. Beginning with American B-52s and fighter-bombers dropping over 20,000 tons of bombs on the cities of Hanoi and Haiphong. The United States lost 15 of its giant B-52s and 11 other aircraft during the attacks. North Vietnam claimed that over 1,600 civilians were killed. After eleven days of the massive pounding, the North Vietnamese agreed to resume the talks.

A few weeks later, the treaty was finally signed and the Vietnam War ended. This also ended the United States’ role in a conflict that seriously damaged the domestic Cold War consensus among the American public. The 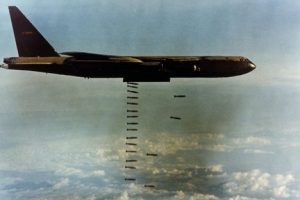 impact of the so-called “Christmas Bombings” on the final agreement remains a question. Some historians have argued that the bombings forced the North Vietnamese back to the negotiating table. Others thought that the attacks had little impact, other than the additional death and destruction they caused. Even the chief United States negotiator, Henry Kissinger, was reported to have said, “We bombed the North Vietnamese into accepting our concessions.” The chief impact may have been in convincing America’s South Vietnamese allies, who were highly suspicious of the draft treaty worked out in October 1972, that the United States would not desert them. Despite the forced return to the table, the final treaty did not include any important changes from the October draft.

I believe that the bombings were instrumental in bringing the North Vietnamese back to the table, but I sometimes wonder what the emotional impact was on the men involved in the bombings. It’s hard to wage war 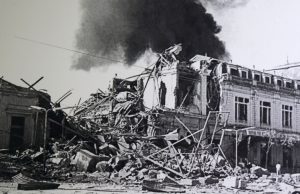 at anytime, but when you think of the Christmas season, and all it stands for, I must have been terribly hard to drop those bombs and end the lives of so many on what should have been a joyous holiday. I’m sure the men thought of their own families and children too. Of course, I don’t know what the North Vietnamese did about Christmas, or if it was anything to them at all, but it was to our men, and it seems to me that it would be very hard to take lives on that day…especially when, in times past it seems like it was common practice to have a cease fire on that day, but then I guess that can’t always be the case. Someone somewhere would insist on breaking the day of peace, because that is what war is all about, after all.