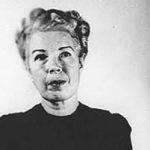 War is tough enough without having a traitor in the mix, and when a traitor is involved, things get even worse. One such traitor of World War II, was Mildred Gillars, aka Axis Sally. Apparently, Gillars, an American, was a opportunist. In 1940, she went to work as an announcer with the Reichs-Rundfunk-Gesellschaft (RRG), German State Radio. At the time, I suppose that she did nothing wrong…up to that point. In 1941, the US State Department was advising American nationals to return home, but Gillars chose to remain because her fiancé, Paul Karlson, a naturalized German citizen, said he would never marry her if she returned to the United States. Then, Karlson was sent to the Eastern Front, where he was killed in action. Gillars still did not return home.

On December 7, 1941, Gillars was working in the studio when the Japanese attack on Pearl Harbor was announced. She broke down in front of her colleagues and denounced their allies in the east. “I told them what I thought about Japan and that the Germans would soon find out about them,” she recalled. “The shock was terrific. I lost all discretion.” This may have been the the last time she had any self respect. She later said that she knew that her outburst could send her to a concentration camp, so faced with the prospect of joblessness or prison, the frightened Gillars produced a written oath of allegiance to Germany and returned to work. She sold out. Her duties were initially limited to announcing records and participating in chat shows, but treason is a slippery slope. Gillars’ broadcasts initially were largely apolitical, but that changed in 1942, when Max Otto Koischwitz, the program director in the USA Zone at the RRG, cast Gillars in a new show called Home Sweet Home. She soon acquired several names amongst her GI audience, including the Berlin Bitch, Berlin Babe, Olga, and Sally, but the one most common was “Axis Sally”. This name probably came when asked on air to describe herself, Gillars had said she was “the Irish type… a real Sally.”

As her broadcasts progressed, Gillars began doing a show called Home Sweet Home Hour. This show ran from December 24, 1942, until 1945. It was a regular propaganda program, the purpose of which was to make US forces in Europe feel homesick. A running theme of these broadcasts was the infidelity of soldiers’ wives and sweethearts while the listeners were stationed in Europe and North Africa. I’m was designed to promote depression. I guess her aversion to the ways of the Japanese and Germans wasn’t so strong after all. She also did a show called Midge-at-the-Mike, which broadcast from March to late fall 1943. I this program, she played American songs interspersed with defeatist propaganda, anti-Semitic rhetoric and attacks on Franklin D. Roosevelt. And she did the GI’s Letter-box and Medical Reports 1944, which was directed at the US home audience. In this show, Gillars used information on wounded and captured US airmen to cause fear and worry in their families. After D-Day, June 6, 1944, US soldiers wounded and captured in France were also reported on. Gillars and Koischwitz worked for a time from Chartres and Paris for this purpose, visiting hospitals and interviewing POWs. In 1943 they had toured POW camps in Germany, interviewing captured Americans and recording their messages for their families in the US. The interviews were then edited for broadcast as though the speakers were well-treated or sympathetic to the Nazi cause. Gillars made her most notorious broadcast on June 5, 1944, just prior to the D-Day invasion of Normandy, France, in a radio play written by Koischwitz, Vision Of Invasion. She played Evelyn, an Ohio mother, who dreams that her son had died a horrific death on a ship in the English Channel during an attempted invasion of Occupied Europe.

After the war, Gillars mingled with the people of Germany, until her capture. Gillars was indicted on September 10, 1948, and charged with ten counts of treason, but only eight were proceeded with at her trial, which began

on January 25, 1949. The prosecution relied on the large number of her programs recorded by the FCC, stationed in Silver Hill, Maryland, to show her active participation in propaganda activities against the United States. It was also shown that she had taken an oath of allegiance to Hitler. The defense argued that her broadcasts stated unpopular opinions but did not amount to treasonable conduct. It was also argued that she was under the hypnotic influence of Koischwitz and therefore not fully responsible for her actions until after his death. On March 10, 1949, the jury convicted Gillars on just one count of treason, that of making the Vision Of Invasion broadcast. She was sentenced to 10 to 30 years in prison, and a $10,000 fine. In 1950, a federal appeals court upheld the sentence. She died June 25, 1988 at the age of 87. 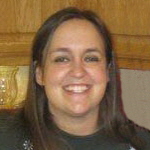 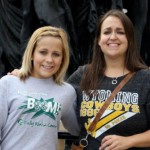 Over the years, my niece, Liz Masterson has been our go to person for many different types of things, but probably none of them bigger than for photography and videos. Liz is a Journalism and English teacher at Kelly Walsh High School, which is her alma mater, by the way, and that is just the beginning of her many talents. Liz heads up the Kelly Kall and the annual yearbook too. She and her yearbook staff members have put together some of the most amazing yearbooks ever seen. Every year, our whole family looks forward to taking a look at them…even if we don’t know anyone who is going to Kelly Walsh that year. They are just too good not to have a look at.

Liz is definitely multitalented. She has loved sports since she was old enough to speak, and she can sit and discuss just about any sport with anyone. The truth be told, she could have easily been a sports writer or an announcer, but she had a calling to teach, and her students will tell you that they are all very glad she chose to teach, because she is a phenomenal teacher, and one they are friends with for life.

But, one of the best talents Liz has is for public speaking. It’s not that she should be a public speaker, but she has the definite ability to write her own speeches and execute them with grace and purpose. Liz gave the eulogies for both of her grandparents funeral service, and while a tear might have choked her voice a time or two, she was able to stay on task nevertheless, and both were just beautiful, with the perfect mix of humor and love. I know that I could not have done them, and I was very moved by her ability. Not only did Liz take the time out to write out the eulogies, but she set herself to the task of scanning all the necessary pictures, downloading the music, and putting together the slide shows for both funerals. And those are not the only slide shows she has done either. She also did my father-in-law’s and Bob’s cousin’s. She is very talented at all things that have to do with photography. 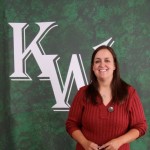 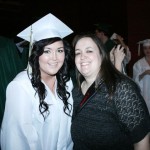 Which brings me to another of Liz’s many talents. In recent years, Liz has been the school photographer for Kelly Walsh High School, photographing all the sporting events, social events, and anything else school related. This has blossomed into her own photography business, in which she photographs weddings, baptisms, senior pictures, and family photographs. With everything she can do, she is definitely our Multitalented Liz. Today is Liz’s birthday. Happy birthday Liz!! Have a great day!! We love you!!