The Battle Of Bismarck Sea 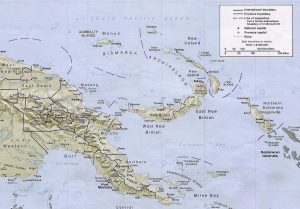 During World War II, the Japanese had a tendency to be very sneaky. Our troops had to watch them very closely, because if they could get into a position to execute a sneak attack, they would do it. Of course, war is war, and the whole idea of war is to get the drop on the enemy, and the Japanese were quite good at it. On 28 February 1943, a convoy, comprised of eight destroyers and eight troop transports with an escort of approximately 100 fighters, set out from Simpson Harbour in Rabaul. On March 1, 1943, United States reconnaissance planes spotted the 16 Japanese ships that were en route to Lae and Salamaua in New Guinea. The Japanese were attempting to keep from losing the island and their garrisons there by sending in 7,000 reinforcements and aircraft fuel and supplies. The Japanese convoy was a result of a Japanese Imperial General Headquarters decision in December 1942 to reinforce their position in the South West Pacific. 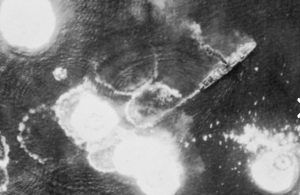 A United States bombing campaign, beginning March 2 and lasting until the March 4, consisting of 137 American bombers supported by United States and Australian fighters, destroyed eight Japanese troop transports and four Japanese destroyers. More than 3,000 Japanese troops and sailors drowned as a consequence, and the supplies sunk with their ships. Of 150 Japanese fighter planes that attempted to engage the American bombers, 102 were shot down. It was a complete and utter disaster for the Japanese. The United States 5th Air Force and the Royal Australian Air Force dropped a total of 213 tons of bombs on the Japanese convoy. The Japanese made no further attempts to reinforce Lae by ship, greatly hindering their ultimately unsuccessful efforts to stop Allied offensives in New Guinea. 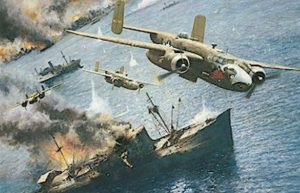 British Prime Minister Winston Churchill chose March 4, the official end of the battle, to congratulate President Franklin D. Roosevelt, since that day was also the 10th anniversary of the president’s first inauguration. “Accept my warmest congratulations on your brilliant victory in the Pacific, which fitly salutes the end of your first 10 years.” President Franklin Roosevelt was one of the very few president who held the office of president for more than two terms…an almost unheard of amount of time, and a recipe for disaster with some presidents we have had. When you think about it, however, what a great way to mark his first inauguration.