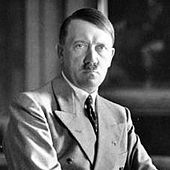 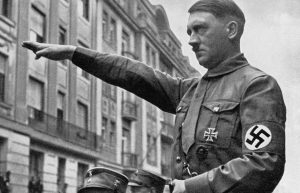 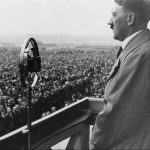 The Trees Are Alive 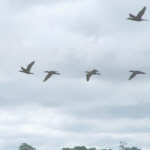 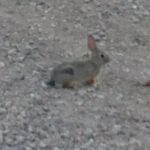 Last night as my husband, Bob and I were heading out for our evening walk at about 7:15pm, we were met by a concerto of song coming from the pine tree in our next door neighbor’s yard. Of course, it was the birds settling down for the night, since it was heading into the evening hours. I was immediately reminded of the day of the total eclipse that Casper had just been in the center of. As the sky grew darker, the birds began hurrying to and fro in search of their places for the night. They began singing their evening songs, just as they were doing when we stepped out of our front door last night. Birds, of course, are programmed to begin bedtime preparations as the daylight starts to fade, unlike humans who might not go to sleep until the wee hours of the morning. 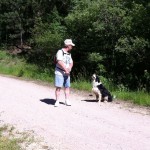 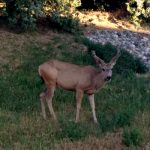 Since we began taking evening walks a number of years ago, we have found ourselves rather fascinated with the animal life around us. The birds flying here and there, with what appears to be no specific destination in mind; the rabbit with a broken leg that has managed to survive most of the summer, even though he can’t hop as fast as so many other rabbits; the dogs who are sure that we are their friends, even to the point of vying for our attention with the other dogs in their yard or next door; and even the deer, who stand and watch us, not moving unless we do something to appear to be coming toward them. They are all very interesting in the way they interact with people. The birds don’t seem to want to fly too far from their original spot to get away from us as we approach, almost as if they are saying, “I’m not scared of you.” The rabbits sit bravely still, hoping that we won’t notice them, sometimes allowing us to get only a foot or so away from them, providing we continue to walk along without stopping.

Animals are funny sometimes, doing things that almost seem like human activities, and even the wild animals 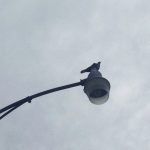 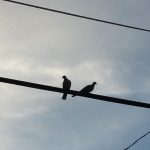 who seem to want to interact with humans…from a safe distance, anyway. The mourning doves and other birds that like to look at us from their safe perch on the power lines or light poles above us, always strike me as funny. They know we are there, and they seem curious about us, but they don’t want to get too close, after all they aren’t stupid, just curious, as they allow us to share their space. And of course, there is nature’s version of Twitter…when a large group of birds flock to one tree, and everyone is tweeting at once…as was the case when we left for our evening walk last night. 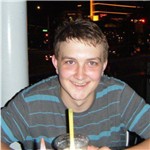