Tough-Guy With A Softer Side 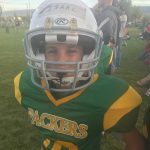 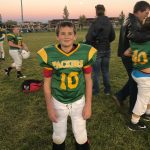 As the youngest brother, sometimes it seems that my grand nephew, Isaac Spethman feels the need to be the wild, adventurous type. His big brothers always seem, to Isaac, to be ahead of him, which is, of course, normal because they are his older brothers. Nevertheless, to Isaac, saying that flag football isn’t as tough as regular football, feels like being called the baby. Isaac couldn’t wait to play football with the big boys. This was his first year of getting to do that, and he did great. He was so happy to be playing real football…finally!!

Isaac’s wild side goes beyond football, however. Isaac love the feel of riding a motorcycle with his dad, Steve Spethman. As far as Isaac is concerned, faster is better. Riding is something Isaac can share with his daddy…when his mom isn’t riding with his dad anyway. Isaac gets along 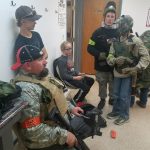 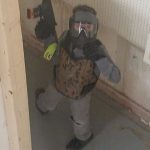 well with all the guys. His brother, friends, and his dad and other relatives. He loves hanging out with the guys and playing airsoft wars. Of course, Isaac was raised around guns. He knows about guns…how to be safe with one, and how to shoot one…well. I suppose that skill would come in handy when playing a game called airsoft wars. Isaac and his brothers love all games that bring out their tough-guy side.

While Isaac is a tough-guy, all boy kind of kid, he also has a softer side, although I don’t think he would admit that to just everyone. When it comes to helping a little mermaid named Aleesia down the dock, gentleman that he is, Isaac takes his little sister’s hand to make sure that she always gets safely to wherever it is that she is 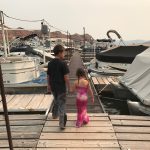 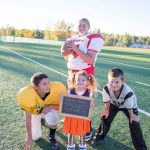 headed. Aleesia is the baby of the family and the only girl, so her brothers take really good care of her, while letting her know that she is a little princess in their minds. Isaac, being the child closest to Aleesia in age, seems to understand what it’s like to be the little one, and he just instinctively takes his sister protectively by the hand. I’m sure it made Aleesia feel very safe. And really, what are big brothers for, after all. Today is Isaac’s eleventh birthday. I can’t believe that he is so grown up. Happy birthday Isaac!! Have a great day!! We love you!!