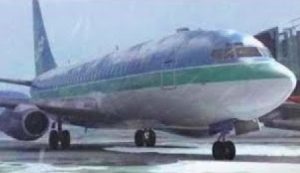 January 13, 1982 found Washington DC in the middle of a severe snowstorm. The Washington National Airport was closed due to heavy snowfall…in excess of 6.5 inches. The airport reopened at noon under barely marginal conditions, but decreasing snow. The planes that had been waiting, began the de-icing process, including an Air Florida Boeing 727. The plane had flown into Washington from Miami in the early afternoon and was supposed to return to Fort Lauderdale, Florida, after a short stop. The short layover turned into a much longer one when the airport closed. When it reopened, the plane was de-iced with chemical anti-freeze, but the planes still had difficulty moving away from the gate due to the ice, so when it eventually made it to the airport’s only usable runway, it was forced to wait 45 minutes more for clearance to take off.

Not wanting to further delay the flight, the pilot, Larry Wheaton, did not return to the terminal for more de-icing, and worse, failed to turn on the plane’s own de-icing system. In fact, the pilot and co-pilot actually discussed the situation, and the co-pilot said “It’s a losing battle trying to de-ice these things. It gives you a false sense of security, that’s all it does.” During the delay, however, ice was accumulating on the wings, and 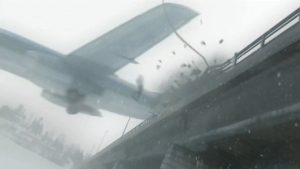 by the time the plane reached the end of the runway, it was able to achieve only a few hundred feet of altitude.

The Air Florida flight took off from Washington National Airport in Arlington, Virginia, with 74 passengers and 5 crew members on board. Thirty seconds later, the plane crashed into the 14th Street Bridge over the Potomac River, less than a mile away from the runway. Seven vehicles traveling on the bridge were struck by the 727 and the plane fell into the freezing water. It was later determined that 73 of the people on board the plane died from the impact, leaving only six survivors in the river. In addition, four motorists, who had been on the bridge, died in the crash. Terrible traffic in Washington that day made it almost impossible for rescue workers to reach the scene. Witnesses didn’t know what to do to assist the survivors who were stuck in the freezing river. Finally, a police helicopter arrived and began assisting the survivors in a very risky operation.

Two people in particular emerged as heroes during the rescue…Arland Williams and Lenny Skutnik. Known as 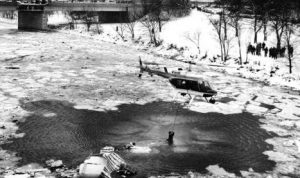 the “sixth passenger,” Williams survived the crash, and passed lifelines on to others rather than take one for himself. He ended up being the only plane passenger to die from drowning. When one of the survivors to whom Williams had passed a lifeline was unable to hold on to it, Skutnik, who was watching the unfolding tragedy, jumped into the water and swam to rescue her. Both Skutnik and Williams, along with bystander Roger Olian, received the Coast Guard Gold Lifesaving Medal. The bridge was later renamed the Arland D. Williams Jr. Memorial Bridge. It was a completely preventable tragedy, and all because they got in a hurry.