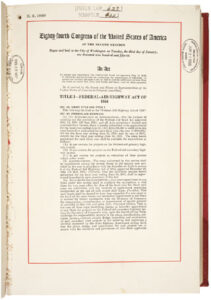 “The National Guard is a military reserve force composed of military members or units from each state and the territories of Guam, the Virgin Islands, Puerto Rico, and the District of Columbia, for a total of 54 separate organizations. All members of the National Guard of the United States are also members of the organized militia of the United States as defined by 10 U.S.C. § 246. Unlike the other parts of the military, these units are under the dual control of the state governments and the federal government, and can be deployed in disasters like hurricanes, tornados, floods, and even in situations of civil unrest and terrorist attacks.” 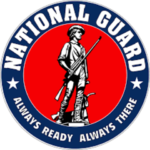 since colonial times, was now given the guaranteed status as the nation’s permanent reserve force. In times of the draft, the National Guard didn’t really get deployed. There were always enough soldiers available. It would most likely have to be a long-drawn-out war with many casualties before the National Guard was called out…as in Iraq and Afghanistan.

Theodore Roosevelt and other Republicans felt that the United States needed to get into World War I, in the first half of 1916, but with forces from the regular US Army, as well as the National Guard called out to face Mexican rebel leader Pancho Villa during his raids on states in the American Southwest, the need to reinforce the nation’s armed forces and increase US military preparedness became very apparent. The National Defense Act, ratified by Congress in May 1916 and signed by Wilson on June 3, brought the states’ militias more under federal control and gave the president authority, in case of war or national emergency, to mobilize the National Guard for the duration of the emergency. A logical use of the National Guard would have been during the riots seen in our country in 2019. The problem was that each state had to ask for help and some just didn’t.

One provision of the National Defense Act was that the term National Guard was to be used to refer to the combined network of states’ militias that became the primary reserve force for the US Army. The term had first been adopted by New York’s militia in the years before the Civil War in honor of the Marquis de Lafayette, a French hero of the American Revolution who commanded the “Garde Nationale” during the early days of the French Revolution in 1789. I guess they liked the name and felt like it accurately depicted the purpose of this 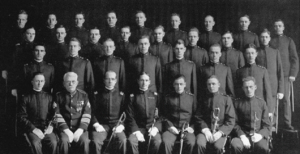 military force. Certain qualifications were also set in the National Defense Act. National Guard officers were allowed to attend Army schools. Also, all National Guard units would now be organized according to the standards of regular Army units. For the first time, National Guardsmen would receive payment from the federal government not only for their annual training…which was increased from 5 to 15 days, but also for their drills, which were also increased, from 24 per year to 48. Finally, the National Defense Act formally established the Reserve Officer Training Corps (ROTC) to train high school and college students for Army service. 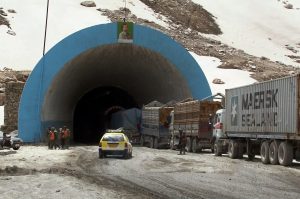 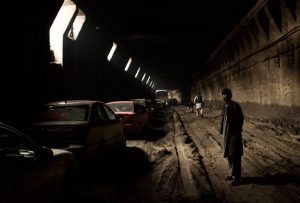 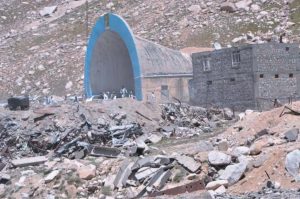