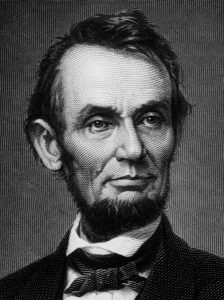 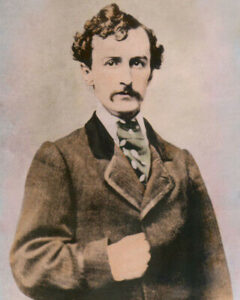 People are free to call it whatever they want to, but I prefer to follow the Biblical version, in which Joseph was warned in a dream, to move his son, Jesus to Egypt, because the Pharaoh was looking for Him so he could kill Him. Joseph heeded the warning. and the family moved immediately…like in the middle of the night, while those who were a danger to him were sleeping. Thankfully Joseph heeded that dream. Just imagine our world if he had not.

There have been other people who have had dream warnings, or prophetic dreams, whether a warning or a great blessing that was coming their way. I believe that our dreams can be a matter of God talking to us. President Abraham Lincoln was one of those people who had a prophetic dream, and it has been well documented through the years, for those of us who have chosen to listen. President Lincoln had his dream on April 4, 1865, and the dream was so troubling that he actually told it to a number of people including his wife, Mary Todd Lincoln and his former law partner, Ward Hill Lamon on April 11, 1865.

According to Lamon’s recollection, President Abraham Lincoln dreams on this night in 1865 “of ‘the subdued sobs of mourners’ and a corpse lying on a catafalque in the White House East Room.” In the dream, Lincoln asked a soldier standing guard “Who is dead in the White House?” to which the soldier replied, “the President. He was killed by an assassin.” Lincoln woke up at that point. On April 11, he told Lamon that the dream had “strangely annoyed” him ever since. Ten days after having the dream, Lincoln was shot dead by an assassin while attending the theater. Abraham Lincoln was shot by John Wilkes Booth while attending a play at Ford’s Theater in Washington DC on April 14, 1865. His assassination was the only successful leg in a conspiracy that also intended on capturing or killing Vice President Andrew Johnson and Secretary of State William Seward.

Interestingly, Lincoln supposedly later insisted to Lamon that the body on display was not his own…so he, himself did not view the dream as a warning of his own death. Some historians have discounted Lamon’s account, which was first published in the 1880s, nearly 20 years after the assassination. Nevertheless, Lamon claimed to have reconstructed the incident based on notes he made in 1865. I suppose the historians believe that since neither he nor Mary Lincoln mentioned the dream right after the president’s murder, it must not have been true. I believe that it was true, and that they were in such shock, that it never occurred to them to bring it up. Still, it is well known that Lincoln was a dreamer and was apparently quite interested in the meaning of dreams and what they have to say about future events both positive and negative. Proof of his curiosity lies in an 1863 letter to his wife, who at the time was in Philadelphia with their 10-year-old son, Tad. Lincoln writes that Mary had better “put Tad’s pistol away” as he “had an ugly dream about him.” Moreover, members of Lincoln’s cabinet recalled that, on the morning of his assassination, the president told them he’d dreamed of sailing across an unknown body of water at great speed. He also apparently revealed that he’d had the same dream repeatedly on previous occasions, before “nearly every great and important event of the War.”

The Secret Service was formed as a result of that assassination, but just imagine if they had all heeded the dream warning and placed a better guard around President Lincoln. If those he told of the dream, had considered the possibility of missing the play, or posted guards around the president, how different could have been the outcome. The world will never know, because one of our greatest presidents was gone before he could finish his second term in office. Lincoln was a very popular president. In his run against Democrat, George B

McClellan, Lincoln carried all but three states (Kentucky, New Jersey, and Delaware), and won 55 percent of the vote. He won 212 electoral votes to McClellan’s 21, which goes to show that most of the people approved of his anti-slavery policies, as opposed to the Democrats, who wanted to keep slavery, and who fought against the slaves and minority races…and still do, even to this day.