The Mary Celeste began its fateful voyage on November 7, 1872. She set sail with seven crewmen and Captain Benjamin Spooner Briggs, his wife, Sarah, and the couple’s 2-year-old daughter, Sophia. The 282 ton brigantine battled heavy weather for two weeks to reach the Azores. It was there that the ship logged its last entry at 5am on November 25, 1872. The rest of the story of the Mary Celeste remains a mystery, although the ship was found in good shape and completely sea-worthy.

I find it strange to think that in the middle of the ocean, something can happen with little or no warning, that either takes the lives of people onboard a ship, or results in their disappearance. I understand mutiny, but then that does not leave a ship abandoned. So if not mutiny, how is it that the occupants of the ship did not see the other ship approaching? I know that pirates often overtook the ships, but the occupants of the ship were usually killed in a bloody battle. The people onboard did not just disappear. Nevertheless, something happened on the Mary Celeste between that final message on November 25, 1872 and December 5th, 1872, when she was spotted drifting along, in the Atlantic Ocean…empty.

The British brig Dei Gratia was about 400 miles east of the Azores on December 5, 1872, when crew members spotted a ship adrift in the choppy seas. Captain David Morehouse was shocked to discover that the unguided vessel was the Mary Celeste. It had left New York City eight days before him and should have already arrived in Genoa, Italy. He changed course to offer help. Morehouse sent a boarding party to the ship. When they went below decks, they discovered that the ship’s charts had been tossed about, and the crewmen’s belongings were still in their quarters. The ship’s only lifeboat was missing, and one of its two pumps had been disassembled. Three and a half feet of water was sloshing in the ship’s bottom, but the cargo of 1,701 barrels of industrial alcohol was largely intact. There was a six month supply of food and water…and no one to use it. So, the mystery began, and it has endured as one of the most durable mysteries in nautical history…What happened to the ten people who had sailed aboard the Mary Celeste? Over the many years since the discovery, a lack of hard evidence has only created more speculation as to what might have taken place. Theories have ranged from mutiny to pirates to sea monsters to killer waterspouts….some of which are completely ridiculous, but in the absence of evidence, people will speculate.

Arthur Conan Doyle’s 1884 short story based on the case posited a capture by a vengeful ex-slave, a 1935 movie featured Bela Lugosi as a homicidal sailor. Now, a new investigation, drawing on modern maritime technology and newly discovered documents, has pieced together the most likely scenario…which had nothing 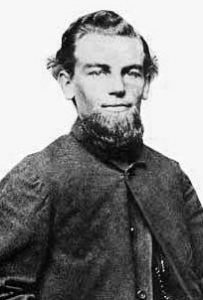 to do with Bela Lugosi. In fact, while it is unproven, it is thought that something a simple as coal dust could be the culprit. The idea is that the coal dust from a prior voyage filtered into the ships pumps, causing them to quit working. Then, it is thought that the captain, fearing that the ship would sink, ordered the passengers to abandon ship…well within sight of land at Azores. Anne MacGregor, the documentarian who launched the investigation and wrote, directed and produced The True Story of the ‘Mary Celeste,’ partly with funding from Smithsonian Networks. MacGregor learned that on its previous voyage, the Mary Celeste had carried coal and that the ship had recently been extensively refitted. Coal dust and construction debris could have fouled the ship’s pumps, which would explain the disassembled pump found on the Mary Celeste. With the pump inoperative, Briggs would not have known how much seawater was in his ship’s hull, which was too fully packed for him to measure visually. Of course, this is still speculation, because the ten people onboard were never heard from again, so the mystery continues.