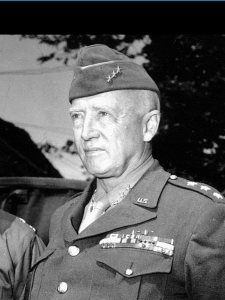 In many of the wars there have been in our world, one thing seems to be a constant…the atrocities against prisoners of war, and even the citizens of the evil nations we are fighting against. World War II probably saw some of the worst atrocities, during the Holocaust. It was during that time that prison camps like Auschwitz-Birkenau, Buchenwald, Chelmno, Dachau, and Terezin, just to name a few, were used either for the murder of Jews and anyone else Hitler felt was not of the standard of people he thought they should be, or the prisoners they held were used as forced labor.

Buchenwald was not an Annihilation camp, but that doesn’t mean that it was a easy existence. The Germans were not good to their prisoners. Prisoners from all over Europe and the Soviet Union…Jews, Poles and other Slavs, the mentally ill and physically-disabled from birth defects, religious and political prisoners, Roma and Sinti, Freemasons, Jehovah’s Witnesses (then called Bible Students), criminals, homosexuals, and prisoners of war, worked primarily as forced labor in local armaments factories. It seems as if there were no groups who were exempt. If they didn’t fit into Hitler’s mold, they were contained in the camps, or killed. Buchenwald concentration camp (German: Konzentrationslager, which in English, literally means beech forest) was a German Nazi concentration camp established on the Ettersberg (Etter Mountain) near Weimar, Germany, in July 1937. It was one of the first and the largest of the concentration camps on German soil, following Dachau’s opening just over four years earlier.

On April 11, 1945, four soldiers in the Sixth Armored Division of the US Third Army, commanded by General 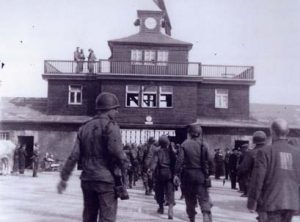 George S Patton, liberated the Buchenwald concentration camp. Just before the Americans arrived, the camp had already been taken over by the Communist prisoners who had killed some of the guards and forced the rest to flee into the nearby woods. They knew the end was near for them anyway, and there seemed no further reason to stand and fight. I suppose that the fact that the guards had deserted their posts, made it possible for just four soldiers to take over and liberate the camp. On the morning of April 12, 1945, soldiers of the 80th Infantry Division arrived in the nearby town of Weimar and found it deserted except for some of the liberated prisoners roaming around. The townspeople were cowering in fear inside their homes…bomb-damaged from the February 9, 1945 air raid that was to precede the liberation process. I would think that if any of them were a part of the concentration camp, there would be reason to fear the prisoners in town, because they had a reason to kill them, after all they had been through in German custody.

Recently, I found out that General George S Patton was my 8th cousin twice removed, on my grandmother, Hattie Pattan Byer’s side. I had always suspected a relationship there, with my grandmother’s maiden name being Pattan, but I didn’t expect it in the way it came about, since it is from my grandmother Elizabeth Shuck, who married my grandfather David Pattan, and not from the Pattan side outright. I have always liked General 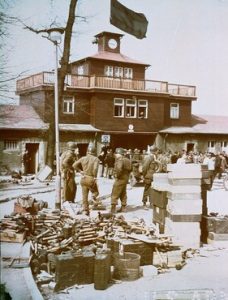 Patton, and I think it is really awesome that he is related to my family. In my opinion, he was an amazing general. He served as a commissioned officer in the United States Army for 36 years. He served in three major conflicts (Mexican Punitive Expedition, World War I and World War II) during his military career. He was awarded with the Distinguished Service Cross with one oak leaf cluster, the Army Distinguished Service Medal with two oak leaf clusters, the Navy Distinguished Service Medal, the Silver Star with one oak leaf cluster, the Legion of Merit, the Bronze Star Medal, the Purple Heart, the Silver Lifesaving Medal, the Mexican Border Service Medal, the World War I Victory Medal with four bronze campaign stars, the American Defense Service Medal, the European-African-Middle Eastern Campaign Medal with one silver and two bronze campaign star, the World War II Victory Medal, and posthumously…the Army of Occupation Medal with Germany clasp. That’s quite a war record. I’m sure the prisoners that he liberated felt that he very much earned them for his war skills.