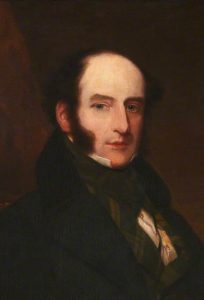 These days, a surgery is performed in comfort, as the patient is under anesthesia, and therefore, feels none of the surgical procedure, at least that is true for most people. There are an unfortunate few for whom anesthesia has little effect. Dr Robert Liston was a pioneering Scottish surgeon, well known for his skills in an era prior to anesthetics, when speed made a difference in terms of pain and survival. For most of us, the idea of a surgery performed in a matter of seconds would not instill much confidence in the doctor…or the procedure, but there was a time when all surgical procedures were performed in this way. People couldn’t take it very long, and the only thing they might have to dull the pain was alcohol…just like we have all seen in the old western movies.

Dr Robert Liston was an expert. He could perform an amputation in seconds. All was going well, and he was a trusted surgeon until 1847, when he was performing an amputation, which he completed in 25 seconds. He was operating so quickly that he accidentally amputated his assistant’s fingers as well. I can only imagine the shock. His was a career filled with skill and excellence, and in an instant, he had a major mistake on his hands.

Dr Liston was famous for his speedy surgeries…often lasting only around 30 seconds. He was well known and respected. In his book “Practical Surgeries,” published in 1837, he emphasizes the importance of quick surgeries, arguing that “these operations must be set about with determination and completed rapidly.” It was all he knew to do. At that time in history, it was the standard of care that everyone expected. 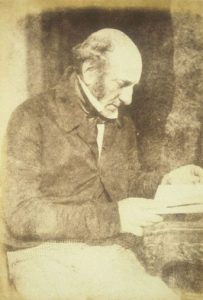 Not everyone believes that the mishap was a true story, and I suppose we will never know, but as the story goes, the case went from bad to worse, when both the patient and the assistant developed sepsis and died. In addition, a spectator reportedly died of shock, meaning that the mortality rate of that one surgery was 300%. While that one surgery was terrible, Dr Liston had many stories of amazing surgeries and miraculous successes. Nevertheless, this one surgery was his most famous. There is a saying by Michael Josephson that goes like this, “We judge ourselves by our best intentions and most noble deeds, but we will be judged by our worst act.” That worst act doesn’t necessarily have to be intentional, and in fact most “worst acts” aren’t intentional. Liston was a good surgeon, and even if he did have this mishap, his overall mortality rate was actually impressive compared to his peers…especially when you consider the speed factor. According to historian Richard Hollingham, “of the 66 patients Liston operated between 1835 and 1840, only 10 died – a death rate of only around 16%.”