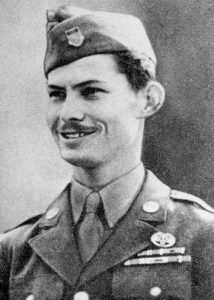 As with any war, there are a number of people who, because of their religious or personal beliefs, cannot bring themselves to participate in the taking of another life. That leaves war off the table for them. Desmond Doss, born February 7, 1919, was a United States Army corporal who served as a combat medic in the infantry during World War II. That’s what happened to the conscientious objectors. They didn’t just get to go home, they stayed in as a medic, without a gun, who was known as “Preacher” to those around him. Doss may not have had a gun, but he managed to be awarded the Bronze Star Medal with a “V” device, for exceptional valor in aiding wounded soldiers under fire in Guam and the Philippines. Doss went on to distinguish himself in the Battle of Okinawa, saved the lives of 50–100 wounded infantrymen atop the area known by the 96th Division as the Maeda Escarpment or Hacksaw Ridge. With that action, Doss became the only conscientious objector to receive the Medal of Honor.

Before World War II began, Doss worked as a joiner in a shipyard in Newport News, Virginia. While he didn’t feel like he could kill people, Doss did want to serve his country. So, despite being 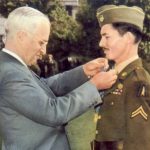 offered a deferment because he worked in the shipyards, Doss joined the Army on April 1, 1942 at Camp Lee, Virginia. Doss was sent to Fort Jackson in South Carolina for training with the reactivated 77th Infantry Division. His brother, Harold Doss, served aboard the USS Lindsey. Still, Doss refused to kill an enemy soldier or carry a weapon into combat because of his personal beliefs as a Seventh-day Adventist. He consequently became a medic assigned to the 2nd Platoon, Company B, 1st Battalion, 307th Infantry, 77th Infantry Division. While he did not carry a weapon, Doss was wounded four times in Okinawa, because he put himself in harms way to help his fellow soldiers. He was evacuated on May 21, 1945, aboard the USS Mercy. Doss suffered a left arm fracture from a sniper’s bullet and at one point had seventeen pieces of shrapnel embedded in his body.

After the war, Doss went home to continue his career in carpentry. Unfortunately, extensive damage to his left 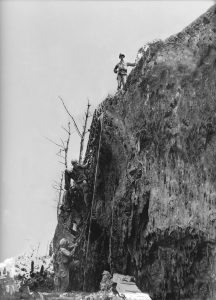 arm made carpentry a thing of his past. In 1946, Doss was diagnosed with tuberculosis, which he had contracted on Leyte. He underwent treatment for five and a half years, losing a lung and five ribs before being discharged from the hospital in August 1951 with 90% disability. He continued to receive treatment from the military. Then, an overdose of antibiotics rendered him completely deaf in 1976, after which he was given 100% disability. He received a cochlear implant in 1988, and was able to finally hear again. Despite the severity of his injuries, Doss managed to raise a family on a small farm in Rising Fawn, Georgia. He married Dorothy Pauline Schutte on August 17, 1942, and they had one child, Desmond “Tommy” Doss Jr, born in 1946. Dorothy died on November 17, 1991 in a car accident, in which Desmond was driving and lost control of the vehicle. It was a devastating loss. Doss remarried on July 1, 1993, to Frances May Duman. In March of 2006, he was hospitalized for difficulty breathing. Doss died on March 23, 2006, at his home in Piedmont, Alabama.