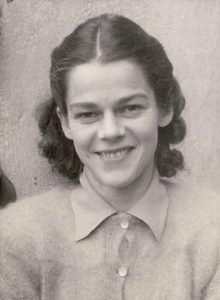 Milly Elise “Lise” Borsum was a Norwegian resistance member during World War II. Born on September 18, 1908 in Kristiania, she was the daughter of pianist and composer Eyvind Alnaes and his wife Emilie Thorne. She was married to physician Ragnar Borsum from 1930 to 1949, and was mother of actress Bente Borsum.

During the Holocaust, Lise and her husband had compassion on the Jewish people, making the fateful decision to harbor them from the Nazis. In April of 1943, Lise and her husband were arrested and incarcerated at the Grini concentration camp for two months. They had been members of a network which helped Jewish people escape to Sweden. On June 28, 1943, she was sent to Germany, with MS Monte Rosa from Oslo 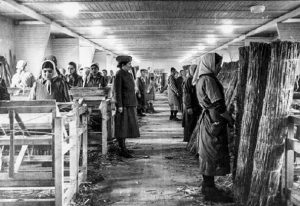 to Arhus, and further with railway transport to Hamburg. She spent a short time at the Hütten Gefängnis in Hamburg before ending up as a Nacht und Nebel prisoner at the Ravensbrück concentration camp, which was a camp specifically for women. Nacht und Nebel was a directive issued by Adolf Hitler on December 7, 1941 targeting political activists and resistance “helpers” in World War II to be imprisoned or killed. Their families and the population usually knew nothing of their fate or whereabouts They were the Nazi state’s alleged offenders, often without trial or conviction or even charges. Victims who disappeared in these Night and Fog actions were often never heard from again. The prisoners usually had their heads shaved and their dignity removed in any horrific way 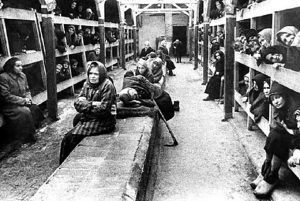 imaginable to bring them into submission.

She was held at Ravensbrück until April 8, 1945, when the surviving Scandinavian prisoners were transported home with the White Buses organized by the Swedish Red Cross. She was one of the blessed few who walked away alive from the concentration camps. Many prisoners, political or otherwise were killed, starved, beaten, or worked to death. Lise Borsum managed to live through it. Later in life, she was known for her writings and for organizing work after the war. She went on to live a long life, dying on August 29, 1985 at the age of 76. She had done her part to help the Jewish people during the Holocaust, and she was not sorry.