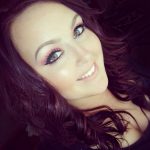 My niece, Lacey Stevens has turned into an amazing girl, right before our eyes. For many years, Lacey was kind of a shy girl, and I didn’t really expect her to become the exuberant woman she has become. I guess that was my error, because Lacey is a very capable, and rather outgoing woman. Lots of people outgrow shyness, and I guess she did just that.

After high school, Lacey decided to become a cosmetologist, and after going to school for that, began her career, but our Lacey was destined for greater things. She still in the same field, but she now holds the position of salon manager. The truth is that she 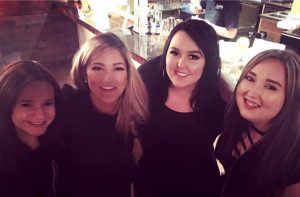 is pretty young to be in that position, but as I said, she is an amazing woman. The people who work under her, as well as those who work, over her are very pleased with her abilities, indeed. Part of Lacey’s job is to help draw business into the salon, and she is quite good at doing just that. It’s a win-win situation for everyone when the slots are all full. Better for business all the way around.

Lacey also organized any events that might take place as a part of the salon. Recently, they held the “Cut for a Cause” event, in which all of the specified profits of the day were donated for breast cancer research. It was a 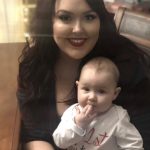 great way for Lacey and the staff at Ulta Beauty to give back to the community and make a difference for many people through important research.

Of course, work is not all Lacey is about. She became an aunty on August 3, 2018, when her brother, Garrett and his wife, Kayla had a baby girl named Elliott. Becoming an aunt for the first time is always special, and little Elliott is such a smiley girl, that her family can’t help but smile too. Lacey and Elliott are great friends, and that will only get better. Elliott is a long awaited addition to the Stevens family, and we are all quite happy about her arrival. Today is Lacey’s birthday. Happy birthday Lacey!! Have a great day!! We love you!!