I’ll Be Home For Christmas 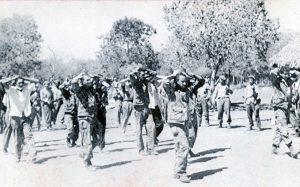 We have all heard the song “Home for Christmas.” It’s about a young woman falls in love and develops a long-distance relationship with a soldier on active duty, The soldier sings the song, knowing he probably won’t be home for Christmas that year. It was a bittersweet, sentimental story, that hopefully ended well for the couple.

In 1962, however, the song could have taken a totally different meaning. The Bay of Pigs Invasion…failed attempt by US-sponsored Cuban exiles to reverse Fidel Castro’s Cuban Revolution, beginning with a military invasion of northern Cuba. The operation lasted just three days, from April 17 to April 20, 1961. About 1,202 members of the invading Brigade 2506 were captured, of whom nine died from asphyxiation during transfer to Havana in a closed truck. For the families of these men, as for any family of a POW, it was devastating. To make matters worse, the Cuban government wanted $53 million in food and medical supplies, to be donated by companies all over the United States, as a condition for their release. The US government agreed to the terms, in the hope of getting the men released by Christmas.

The deal made, with only one glitch, when Castro changed the deal…demanding an additional $2.9 million in cash, just as the prisoners were preparing to leave on December 23rd. The money was raised in a frantic day of fundraising on 24 December by the president’s brother, Attorney General Robert F. Kennedy, and General Lucius D Clay, an advisor to the Cuban Families Committee of prisoners’ relatives. The largest donation was $1m, given by a donor who wished to remain anonymous but was not, the government said, part of the Kennedy family. Finally on December 24th, The airlift of the prisoners began, when the first 107 men boarded a DC6 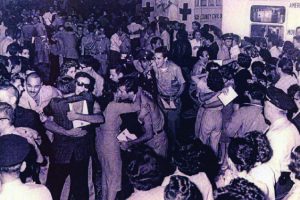 airliner supplied by Pan American World Airways at a military airbase near Havana. After just four flights, however, the operation was suspended for the night, to the consternation of the thousands of anxious relatives of the prisoners, keeping vigil in Florida for their return. Flights resumed early this morning, and by the end of the day most of the 1,113 prisoners had been safely returned. Cuban exiles in the United States arranged the return of 60 wounded prisoners soon afterwards for $2.5 million. The remainder were held in captivity until October 1986, when they were released. Ramon Conte Hernandez was the last one released, and the ordeal was finally over. As the song goes, they would finally be “Home For Christmas.”