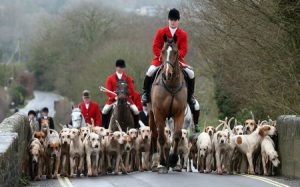 There is a tradition in England and a few other nations like Canada and Ireland, that takes place the day after Christmas, called Boxing Day. It is an odd name for a holiday, but I think the purpose of the holiday far outweighs the name of the holiday. People might argue the original purpose of the holiday, but the most straightforward answer as to what it is about would be that, “We are a little greedy here in the England and Ireland in wanting a more extended holiday. It is not enough for us to have only Christmas Day celebrations, we have added to this another event called Boxing Day.” That might be one part of the picture, but the full answer is not that simple. But firstly, it has nothing to do with the sport of boxing.

Boxing Day is a national Bank Holiday. It is a day to spend with family and friends and to eat up all the leftovers of Christmas Day, but there is more to it than that. The origins of the day are filled with history and tradition. People have long disputed the origins of the name Boxing Day. The name is actually a reference to holiday gifts. A “Christmas Box” in Britain is a name for a Christmas present. Boxing Day was traditionally a day off for the servants and the day when they received a “Christmas Box” from the master. The servants would also go home on Boxing Day to give “Christmas Boxes” to their families.

Traditionally, a box to collect money for the poor was placed in churches on Christmas day. The boxes were 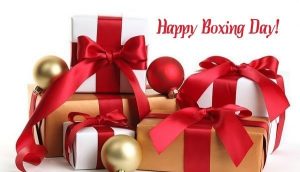 opened the next day…Boxing Day. The name refers to a nautical tradition. Great sailing ships when setting sail would have a sealed box containing money on board for good luck. Were the voyage a success, the box was given to a priest, opened at Christmas and the contents then given to the poor. Boxing Day is the 26th December is a national holiday in England and Ireland.

Boxing Day is a time to spend with family or friends, but usually not those seen on Christmas Day itself. In recent times, the day has begun to include many sports. Horse racing is particularly popular with meets all over the country. Many top football teams also play on Boxing Day. Boxing Day is a time when the British show their eccentric side by taking part in all kinds of silly activities. Bizarre traditions include swimming the icy cold English Channel, fun runs, and charity events. Until 2004, Boxing Day hunts were a traditional part of the day, but the ban on fox hunting has put an end to this in its usual sense. Hunters will still gather dressed resplendently in red hunting coats to the sound of the hunting horn. But, since it is now forbidden to chase the fox with dogs, they now follow artificially laid trails.

Another “sport” to emerge in recent years is shopping. Sadly, what was once a day of relaxation and family time sees the start of the sales. Sales used to start in January, post-New Year, but the desire to grab a bargain and for shops to off-load stock means many now begin on Boxing Day. This tradition makes me especially sad, because it is like Black Friday. By moving Black Friday shopping to Thanksgiving, and now post Christmas sales to Boxing Day, have soured many people to shopping on these days, and the whole purpose is defeated. 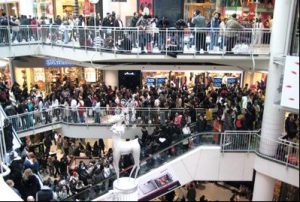 In Ireland, Boxing Day is also known as “Saint Stephen’s Day” named after the Saint stoned to death for believing in Jesus. In Ireland on Boxing, there was once a barbaric act carried out by the so-called “Wren Boys.” These boys would dress up and go out, and stone wren birds to death then carry their catch around the town knocking on doors and asking for money, the stoning representing what had happened to Saint Stephen. This terrible tradition has now stopped, thank goodness, but the Wrens Boys still dress up. Now, instead they parade around town and collect money for charity. I’m thankful that such a barbaric tradition, has now taken on a new look, and is now used for good.