A Glimmer Of Hope

This day…Armistice Day was sometimes called the end of the war to end all wars. The phrase came from a book, and was really an idealistic statement, because as we all know there will always be a war somewhere. Nevertheless, it must have been overwhelming to think of basically the whole world at war. I’m sure the writer of the book, H G Wells, as well as many other people, hoped that through this awful war, humans could somehow learn to live with one another in peace. While that was not to be, this war, like every war, finally comes to an end. Armistice Day marks the armistice signed between the Allies of World War I and Germany at Compiègne, France, for the cessation of hostilities on the Western Front of World War I, which took effect at eleven o’clock in the morning, on the “eleventh hour of the eleventh day of the eleventh month” of 1918. That was, of course, 100 years ago today. Armistice Day is a national holiday in France. It coincides with Remembrance Day in England, and Veterans Day in the United States, and all three are really commemorating the same thing…the end of World War I. And all three are observed as a time to remember those heroes who served their country in that and all other wars. It is a day to remember those who fought and 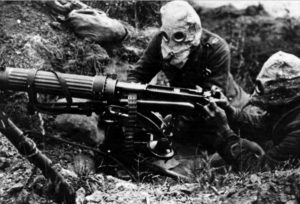 then returned home, but we can’t forget those who didn’t return home either.

Because World War I ended on November 11, 1918, we have continued to remember November 11 as Veterans Day, Armistice Day, and Remembrance Day in honor of our soldiers. The armistice initially expired after a period of 36 days. A formal peace agreement was only reached when the Treaty of Versailles was signed the following year, but the Armistice was the beginning. It paved the way, and sometimes that is what is needed the most at a certain low time in history, or in life. Just a glimmer of hope can change the way we feel about things in a big way. It doesn’t matter what name is attached to the day, its all about the meaning of the day that matters. Our veterans have done so much for people they don’t even know, and they all deserve to be recognized for their very heroic acts. 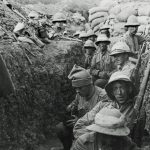 The date is a national holiday in France, England, the United States, and was also declared a national holiday in many Allied nations. In some countries Armistice Day coincides with Remembrance Day and Veterans Day, and other public holidays. Armistice Day is not celebrated in Germany, but a German national day of mourning, Volkstrauertag, has been observed on the Sunday closest to 16 November since 1952. However the day is observed, it is always a day to remember the sacrifice of our soldiers. The day is always celebrated as a day to honor those who served. We can all relate to that, because we all know a veteran, and we all consider them to be honorable people. So, no matter how each country celebrates it or what they call it, we honor our veterans today. Happy Veterans Day!!

2 Responses to A Glimmer Of Hope