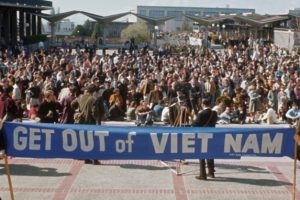 Over the years, many people have done all they could to create a world of peace, but is that really possible? I don’t believe it is. There is always a nation or group of people who have something they don’t like…whether it is politics, religion, boarders, or any number of other reasons. Periodically there are groups that try to find a way to promote peace. Some try to do so through protests against war, which is not very effective, because the protests are seldom peaceful themselves, but they do get publicity. Others try to appease the enemy, which also doesn’t work, because it is viewed as a show of weakness and compliance, causing the enemy to feel empowered.

When I was in high school, a singing group came to the school to perform for us. The group was called, “Up With People.” Their purpose was to unite the world through charity and song. It’s a noble effort, and in the Hippie Generation, of which I was a part, it all seemed possible. Of course, it wasn’t…not really. That effort ended, and another cause began, and failed as well. Oh, don’t get me wrong, people were helped, lives were changed, and everyone felt like they had made a difference. I suppose they did, but not in the area of world peace…which is, I believe, a myth. I think we as people traveling through life on earth, can help each other, donate funds, be kind, and reach out, but to make a world where there is no war…a world of peace on earth…no, I don’t think it is possible in this age…or any other.

I’m not against humanitarian groups that try to help those in need. I believe that we as humans should be 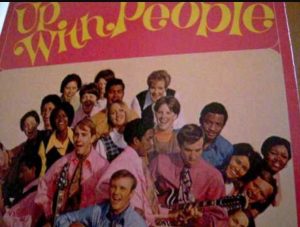 compassionate and willing to help as needed, but the reality is that we must also understand that while we can help a current need, or even some in the future, we cannot stop the evil and hatred that exists in this world. There will not be peace on earth in the way that people think it can happen, because there are too many differences…differences of opinion, beliefs, rights, wrongs, and desire, not to mention agendas. No singing group, protest, or humanitarian effort will ever make it so. I guess that in the end, all we can do is try to create peace in our own little corner of the world and pray that it multiplies so that it affects those around us, and not get so upset when we can’t find a way to create world peace, because that is an impossible feat for the human race.