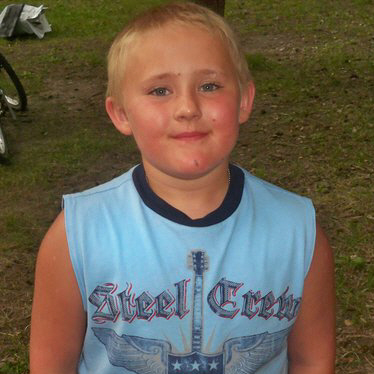 Xander is the son of my niece, Jenny and her husband Steve. He is their oldest child.  As the oldest child, he takes his responsibilities very seriously. He tries very hard to make sure his little brothers stay in line…or is that called wrestling. No matter…whatever it is called, Xander is the big brother in charge, and at least for now he has his little brothers believing that. It doesn’t make them stop trying to take him though, because that is just what boys do. And these three boys are among the toughest guys around. I have watched them wrestling around, and the last words you will hear from them is “I give up” because they just don’t.

Xander also loves to go shooting with his parents and brothers. His parents have taught him and his brothers about gun safety and proper respect for guns. The boys know how to shoot, and they know that a gun is not a toy, but a weapon that can kill if used improperly. They would never use a gun improperly.

Xander reminds me so much of his dad. Steve is a strong man, but inside, he is very different. There is a kindness there, combined with love and loyalty. That is how Xander is. He feels any hurt his parents are going through very deeply. He tries to protect them from hurt or pain. He feels loss deeply as well, and he tries to figure out a way to make things right…or at least better, if there is no solution.

As I said, Xander is very much like his dad…which means that while he is a tough guy on the outside…on the inside he is a big teddy bear. Recently at school, he was named star 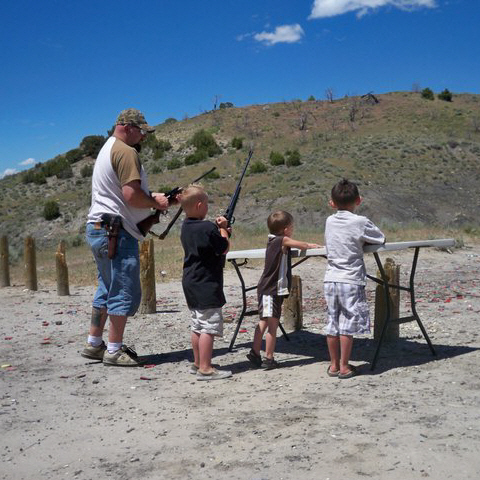 student. That meant that he got to go to the front of the line…he and any other star student. Of course, there is only room for one person at the head of the line, and Xander was there first. Then a girl said, “I want to be first! I’m a star student too!” Xander quickly responded, “Of course…ladies first!” Not only was the little girl happy, but Xanders teacher was surprised and very pleased. She told Xander’s mom, my niece, Jenny that she was very pleased and proud of him. She said that his good upbringing really showed. It was such a proud moment for Jenny and Steve, and when I heard about it, I felt very proud to be his great aunt too. Today is Xander’s 9th birthday!! Happy birthday Xander!! We love you very much!!