The World of the Chic Flick 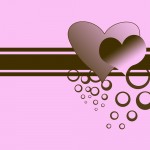 Every Thursday night, I go over to my Mom’s house to spend the evening with my Mom and sister. Sometimes, like last night we are joined by Cheryl’s daughter Liz. I originally started spending Thursday evenings over there, and many other nights too, when my Dad got sick. After Dad went to live in Heaven, I continued going over on Thursday nights to spend time with Mom and Cheryl. Bob bowls on Thursday nights, so it was just us girls. We have dinner and watch television, or a movie. It’s just our time together.

Now anyone who knows me very well, knows that I like cop shows, you know the good old blood and guts stuff, but Mom and Cheryl don’t go in for that stuff, so the choices in movies are, shall we say…much more tame that my first choice. We watch things like “Kate and Leopold” or “Letters to Juliette”. You know, the basic chick flick. Now at first, I found myself dozing off, but at some point, I started really watching some of the chick flicks, and decided that some of them are pretty good. It’s not that I’m not a romantic, it’s just that I had never really gotten into some of those shows much. I have to say, that it has open up a different world for me…the world of the chick flick.

I still very much like my cop shows, and that is the kind of shows Bob likes too, so I think it has always been a source of relief to him that he didn’t have to watch too many “chick flick” movies. And when we do watch television, we usually watch shows like CSI, Bones, and Criminal Minds; or movies like Red, Die Hard, and Terminator. And that is usually what I prefer, but on Thursday nights, I go over to my Mom’s house, and we three girls sit down to take that all important dose of the medicine called the “chick flick”.