It’s hard to think of your aunts and uncles as being young people. To you, they have always been adults, and they probably never sewed any wild oats…I mean, old people didn’t do that sort of thing did they? I suppose that the way kids sewed their wild oats in days gone by, is very different than the way kids do that today. In fact, I’m sure that wild oats in the 1940’s were really pretty tame oats in all reality. It was during this time period that my Uncle Bill, and his sisters, my Aunt Laura and my Aunt Ruth were working in the shipyards. On their few days off, they liked to get together with their friends for what Uncle Bill called a party. My dad missed out on those little gatherings, unfortunately, because he was in England fighting in World War II. but if I know him, he didn’t begrudge them their parties, because he did have R & R after all.

Parties on those days might have meant a big gathering at one of the area lakes, somewhat like a reunion of sorts., but I seriously doubt if the gatherings they called

parties were anything like even some of the tame parties of today. If they had beer or anything like that, I would be surprised…but I could be wrong. No, I think they had picnics, went for rides on the lake in a small boat, and probably did a little fishing. What better way to relax. I do know that fishing was a part of their little outings, because Uncle Bill took a picture of the fishing.

As to the wild oats, well maybe Uncle Bill did sew a few. These parties were, of course, men and women, and being a bachelor, and a definite ladies man, Uncle Bill very much enjoyed those outings, because of all the pretty girls that went along. It probably worked out very well too, if there was an equal number of men and women, but if not, well…it’s every man for himself right. So maybe they did sew some wild oats, and while their parties were quite a bit more tame than those of this century…it’s all about socializing, relationships, and fun…right. 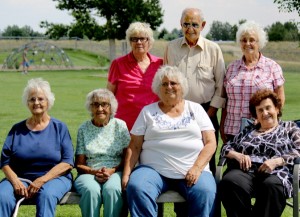 Every year, my mom’s family gets together to have our annual picnic. Sunday marked the last day of summer vacation for the kids, as well as the annual picnic. It became a type of last blast for everyone. It’s always so much fun to see how much all the kids have changed, and to hear all about their lives. I’m amazed that we all live in the same town, but most of us see each other only on Facebook. Of course, I’m thankful for that, because so many of the younger generation would not even know me if it weren’t for Facebook. We have an amazing group of young people in our family, and I really like hearing about their lives. So many of these kids seem like they should still be babies to 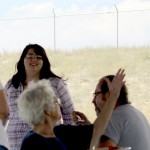 me, but they are in high school…and beyond. With such busy lives, you have to communicate where and how you can. I feel like my life has been very much enriched by the relationships I have developed with the wonderful young people in our family.

Our family picnics started when grandma and grandpa wanted the kids to keep in touch…a wise idea. Back then, of course, computers, smart phones, and Facebook weren’t readily available. If we had been trying to keep up with each other back then, well…we wouldn’t have done a very good job of it. The family picnic, and the family Christmas party were originally designed to keep the sisters and brothers in touch, and they have done that quite well. It also gives the younger generations, 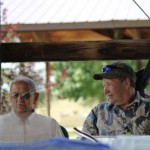 mine included the chance to see how the aunts and uncles are doing. Often we don’t hear very much about them, unless they are sick, or their family is on Facebook, and sometimes not even then, so it’s good to be able to get together for some great conversation and a few good laughs. I sometimes wonder if my aunts and uncles…and my entire family for that matter…really know how very important they are to me, because if they don’t, I want them to know that they are very important to me. We are a family that is blessed to live so close to one another, and yet, we often don’t see each other much. These annual get togethers are a vital part of our continuing close relationships, and I for one, enjoy them very much. I’ll see you all at the Christmas Party.