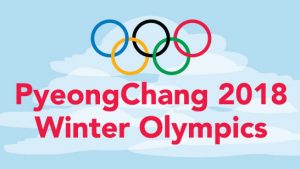 As the world is watching the 2018 Winter Olympics, officially known as the XXIII Olympic Winter Games and commonly known as PyeongChang 2018, looking at the hope for gold in this group of young talented athletes, I have been thinking back to another group of young talented athletes…athletes that would never get the chance to realize their dreams. Yes, this group had won gold before, so they were not new to the world of competition, but their hopes of any future gold were crushed forever on February 15, 1961, when they were on their way to the 1961 World Figure Skating Championships in Prague, Czechoslovakia.

On that day, the entire 18 member United States figure skating team, along with the 16 people who were accompanying them, which included family, friends, coaches and officials, as well as the crew and 38 people who were not with the figure skating team, died when the plane went down around 10am in clear weather while attempting to make a scheduled stopover landing at the Belgian National Airport in Brussels. One person on the ground, a farmer working in the field where the Boeing 707 crashed in Berg-Kampenhout, several miles from the airport, was killed by some shrapnel. Investigators were unable to 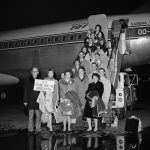 determine the cause of the crash, although mechanical difficulties were suspected.

Killed in the crash was 16 year old Laurence Owen, who had won the U.S. Figure Skating Championship in the ladies’ division the previous month. She was featured on the February 13, 1961, cover of Sports Illustrated, which called her the “most exciting U.S. skater.” Bradley Long, the 1961 U.S. men’s champion, also perished in the crash, as did Maribel Owen (Laurence’s sister) and Dudley Richards, the 1961 U.S. pairs champions, and Diane Sherbloom and Larry Pierce, the 1961 U.S. ice dancing champions. Also killed was 49-year-old Maribel Vinson-Owen, a nine-time U.S. ladies’ champion and 1932 Olympic bronze medalist, who coached scores of skaters, including her daughters Maribel and Laurence, and Frank Carroll, who went on to coach the 2010 men’s Olympic gold medalist Evan Lysacek and nine-time U.S. champion Michelle Kwan. The crash was a tragedy that devastated the U.S. figure skating program and meant the loss of the country’s top skating talent. Prior to the crash, the U.S. had won the men’s gold medal at every Olympics since 1948…when Dick Button became the first American man to do so, while U.S. women had claimed Olympic gold in 1956 and 1960. After the crash, an American woman named Peggy Fleming would be the next to win, but she would not capture Olympic gold until 1968, while a U.S. man, Scott Hamilton would not do so until 1984. The incident was the 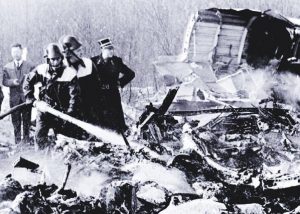 worst air disaster involving a U.S. sports team until November 1970, when 37 players on the Marshall University football team were killed in a plane crash in West Virginia.

Shortly after the 1961 crash, the U.S. Figure Skating Memorial Fund was established. To date, it has provided financial assistance to thousands of elite American skaters. In 2011, the 50th anniversary of the tragedy, the 18 members of the 1961 figure skating team, along with the 16 people traveling with them to Prague, were inducted into the U.S. Figure Skating Hall of Fame in Colorado Springs, Colorado.