Wine Cellars In The Brooklyn Bridge 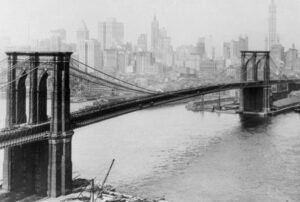 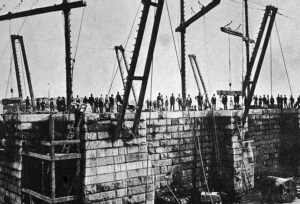 There are places in this world that have hidden places in them that might just surprise most people. At one time, these hidden places might have had a useful purpose, but later their usefulness was gone, and they were either closed up or removed altogether. The Brooklyn Bridge in New York City is one of those places. You can’t really remove a hidden place in a bridge, but you can close the hidden places up if they are no longer needed.

When the Brooklyn Bridge was built, portions of surrounding neighborhoods in Manhattan and Brooklyn had to be demolished in order to build the bridge’s two anchorage sections, which attach the bridge to land. This affected several local merchants more so than others, and because of that impact, the situation had to be addressed. To compensate local merchants and offset some of the bridge’s $15 million budget, wine cellars and other vaulted spaces were incorporated into the bridge’s design. The storage space that had once belonged to the merchants, had to be replaced with useable space, so several wine merchants and other alcohol sellers began renting the spaces in 1883, when the bridge was completed, and except for the Prohibition years, the cellars remained in operation until World War II.

The wine cellars were filled with wine before the Brooklyn Bridge was even operational. The cellars were the idea of bridge engineer John Roebling, and they were completed by his son Washington Roebling after John died. They were created as a solution to an alcohol problem, designed with the hoped that building the cellars would keep the wine dark, cool and secure. The cellars were huge. They are connected by a series of twisting tunnels named after French roads.

Prohibition brought a new era for the cellars. They were turned into newspaper storage areas. When Prohibition 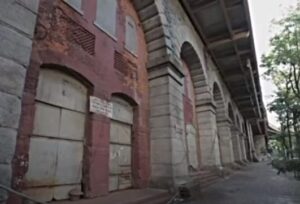 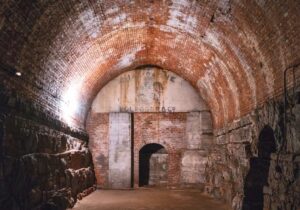 ended, they briefly reopened to the public, but World War II led the city of New York to take over permanent management of the cellars and close them to visitors. Since then, almost no one has seen them. The cellars remain empty and forgotten by the thousands of pedestrians and motorists who cross the Brooklyn Bridge every day. They are used for storage, and an occasional homeless person who finds their way inside.