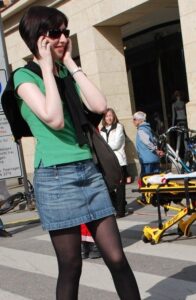 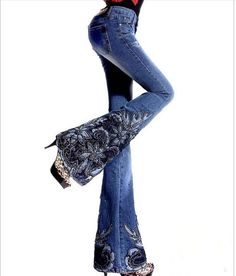 Over the years, we have had many fashion changes. Clothing went from long skirts to mini-skirts, and back again. Jeans went from straight legs, to bell bottoms, to skinny jeans, and everything in between. Furniture went through some of the same changes. Victorian, modern, contemporary, rustic, and every other type of furniture have been the furniture of choice over the years too. Even cars have gone through “fashion” changes over the years…some were so drastic that we don’t even recognize the car anymore, like the Mustang.

When we think of fashion trends, we seldom focus on tires, but maybe we should. Tires have changed so much over the years, and I’m not really talking about quality. I’m talking about style. I suppose that since I’m married to a mechanic, these things might stand out to me more than other people, but I remember the different styles that my husband, Bob likes over the years, and when he would go out of his way to change the way his current tires looked. He had cars with the small white stripe around them, and he had “raised white letters” on his tires, which I must say were probably his, and my favorites. It was a cool look. In the early 1900s, the companies came out with Whitewall tires or white sidewall (WSW) tires. These tires had a stripe or entire sidewall of white rubber. These tires were most commonly used to around the mid 1970s. To me, these were not a good looking tire, especially if it was the entire sidewall, but they were a trend I suppose.

The use of whitewall rubber for tires was started by a small tire company in Chicago called Vogue Tyre and Rubber Company. They made the tires for their horse and chauffeur drawn carriages in 1914. Early automobile tires were made of pure natural rubber. To make the tread wear better, they mixed in various chemicals mixed into the tread compounds. Apparently, zinc oxide, a pure white substance that increased traction and also made the entire tire white, worked the best. In the end, white rubber did not have the endurance that was needed. They used carbon black only in the tread, and that with the white rubber produced tires with inner and outer sidewalls of white rubber. Eventually, entirely black tires became available, but since they were still made of rubber, a scrape against the curb would reveal the white rubber inside. That was actually how they finally arrived at the raised white letters that Bob and I liked so much. 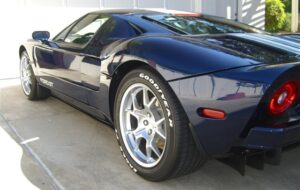 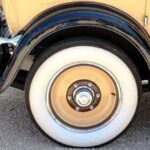 Tires, like any other “fashion trend,” have changed over the years. If it wasn’t the sidewall, it was the tread design. As the manufacturers figured out better ways to make the tire grip the road better, they made the roads a safer place to drive. While their ideas weren’t always about the way a tire looked, that was a big part of the tire’s design, because if it didn’t look good, people wouldn’t buy it, even if it was a good tread design.