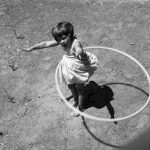 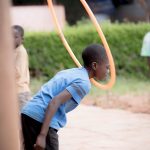 The people of my generation will remember the Hula Hoop. They are still around, of course, so the people of the current time might know about them too, but actually may never have tried one. As a kid, I suppose I was able to do the Hula Hoop to a degree, but I was never at the expert level by any means, even though I tried. When I say expert level, I an not talking about being able to keep the Hula Hoop going, because I could do that, but there were people who could keep it going on their arm or leg, and even their neck. I was always amazed at their agility and their skills…especially since I couldn’t master those tricks.

The Hula Hoop was invented in 1958, and quickly became a huge fad when it was marketed by Wham-O. It was patented on March 5, 1963 by the company’s co-founder, Arthur “Spud” Melin. The company sold an estimated 25 million of the hip-swiveling toys in its first four months of production alone. Melina and Knerr were inspired to develop the Hula Hoop after they saw a wooden hoop that Australian children twirled around their waists during gym class. Wham-O began producing a plastic version of the hoop, dubbed “Hula” after the hip-gyrating Hawaiian dance of the same name, and demonstrating it on Southern California playgrounds. Hula Hoop mania took off from there.

The Hula Hoop has even set some records in it’s day. “According to Ripley’s Believe It or Not, in April 2004, a performer at the Big Apple Circus in Boston simultaneously spun 100 hoops around her body. Earlier that same year, in January, according to the Guinness World Records, two people in Tokyo, Japan, managed to spin the world’s largest hoop–at 13 feet, 4 inches–around their waists at least three times each.” The enormous 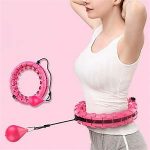 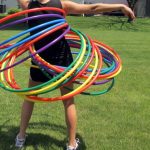 popularity of the Hula Hoop was short-lived and within a matter of months, the masses were on to the next big thing. However, the Hula Hoop never faded away completely and still has its fans today. In fact, the “Smart Hula Hoop” is taking on a whole new look and a new use…exercise. Not that it wasn’t exercise before, but no one really thought of it that way, maybe because you couldn’t really keep it around your waist long enough to get a really good workout. So, someone came up with a version that doesn’t exactly look like the original Hula Hoop, but it works essentially the same as it’s older version.