The Loss Of The Essex 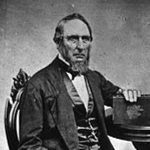 I’m sure most of us have read “Moby Dick” at some point in our school years. For those who haven’t, it was the story of a whale, and while I didn’t know this before, the book was actually based on a true story. The book, written by Herman Melville, was first published in 1851. Melville had heard about the incident involving a whaling ship that had been attacked by a sperm whale…a giant 85 foot sperm whale, a few years earlier, and like most writers, there are just some things that you can’t get out of your head. Those are the stories that you know that you must write. Melville’s research gave him the facts of the incident, but it didn’t take him full circle to actually being in the place where that ship had started it fateful journey…Nantucket. Melville knew that someday he would have to make the trip to the Massachusetts island, where Captain George Pollard Jr lived. Pollard was the man Melville had modeled his fictional Captain Ahab after.

On his last day in Nantucket, Melville met George Pollard Jr, who was the captain of the Essex. He was an old man of 60 years, and in reality, probably didn’t resemble the captain of the Essex much at that point. He had been through so much. As they talked, Pollard told Melville’s fictional story from a far too real perspective…being there. Pollard was just 29 years old when he and his crew set out for a voyage that was to have lasted two and a half years. After the sinking of the Essex, Pollard told the full story to fellow captains over a dinner shortly after his rescue from the ordeal, and to a missionary named George Bennet. Bennet thought the tale was almost a confession. He told them of “92 days and sleepless nights at sea in a leaking boat with no food, his surviving crew going mad beneath the unforgiving sun, eventual cannibalism and the harrowing fate of two teenage boys, including Pollard’s first cousin, Owen Coffin.” Then he said, “But I can tell you no more…my head is on fire at the recollection. I hardly know what I say.”

Just two days after leaving Nantucket, Essex’s ordeal began. It was August 14, 1819. They hit a squall that destroyed it’s topgallant sail, almost causing it to sink. Still, Pollard continued on, making it to Cape Horn five weeks later. But the 20-man crew found the waters off South America nearly fished out, so they decided to sail for distant whaling grounds in the South Pacific, far from any shores. By November of 1820, after months of a prosperous voyage and a thousand miles from the nearest land, whaleboats from the Essex had harpooned whales that dragged them out toward the horizon in what the crew called “Nantucket sleigh rides.” Owen Chase, the 23 year old first mate, had stayed aboard the Essex to make repairs while Pollard went whaling. It was Chase who spotted a very big whale…85 feet in length, he estimated…lying quietly in the distance, its head facing the ship. Then, after two or three spouts, the giant whale headed straight for the Essex, “coming down for us at great celerity,” Chase would recall, “at about three knots. The whale smashed head-on into the ship with such an appalling and tremendous jar, as nearly threw us all on our faces.”

The whale passed underneath the ship and began thrashing in the water. “I could distinctly see him smite his jaws together, as if distracted with rage and fury,” Chase recalled. Then the whale disappeared. The crew was addressing the hole in the ship and getting the pumps working when one man cried out, “Here he is…he is making for us again.” Chase spotted the whale, his head half out of water, bearing down at great speed…this time at six knots, Chase thought. This time it hit the bow directly under the cathead and disappeared for good, but the damage was done. The water rushed into the ship so fast, the only thing the crew could do was lower the boats and try to fill them with navigational instruments, bread, water and supplies before the Essex turned over on its side. Pollard saw his ship listing from a distance, tand returned to see the Essex in ruin. In shock,

he asked the first mate what had happened. I’m sure the tale seemed incredulous, but the evidence was right there staring them in the face. When the other boats returned, the men sat in silence, their captain still pale and speechless. Some, Chase observed, “had no idea of the extent of their deplorable situation.” Out of the original 20 men and 3 boats that set out, only 5 men would survive the ordeal, and that included a long time floating around the ocean, men dying, and the eventual cannibalism required to survive. 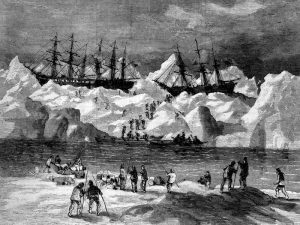 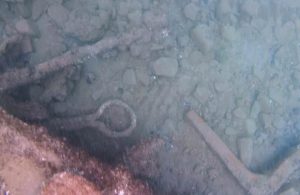