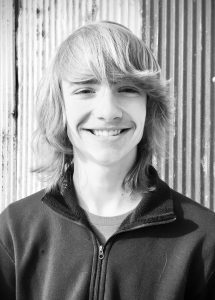 As another child turns 16, so another child is behind the wheel. My grand-nephew, Easton Moore has reached that milestone year of his life. Easton is the younger of my niece, Machelle Moore and her husband, Steve. It’s hard for me to believe that Easton is 16 years old already. It seems like just yesterday that he was born. That is the way most parents feel about the time their child turns 16. Easton will be getting his license soon. They have to have 50/hours of day and 10/hours of night driving to do before they can get their license. He is almost there. Something new has helped Easton, that his brother, Weston didn’t have the use a driving app. They didn’t have that when Weston was learning. This years lack of snow has hampered Easton’s snow driving experience, but the past two weeks has made up for the winter’s lack of snow, 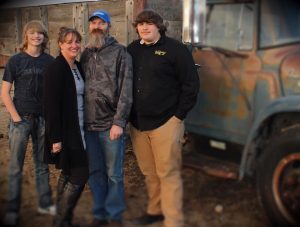 so Easton is catching up fast. Machelle tells me that Easton is really improving with practice. Strangely, Powell, Wyoming, where Easton lives has just now started plowing the streets. Shocking for Wyoming.

Easton signed up for a welding course at the college that he is super excited about. The Boces program, which stands for the Board of Cooperative Educational Services. Has made many college classes available to high school students. It’s a great way to give these kids a chance to get ahead in their college education, and to make sure that the course of study is the career 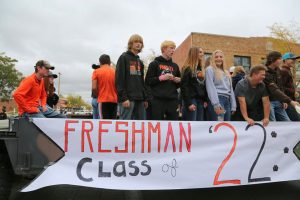 move they want to make. Easton is still is not sure what he wants to do after high school, but taking that class might open some doors for him.

Easton is actively looking for a job, so he can save for a car. He has a stack of applications to fill out and hand back in. Easton is motivated to help whenever anyone needs help. He just jumps up and just does it!! That says a lot about his character. Today is Easton’s 16th birthday. Pretty soon we will all need to get off the sidewalks, as a new driver hits the road. Happy birthday Easton!! Have a great day!! We love you!! 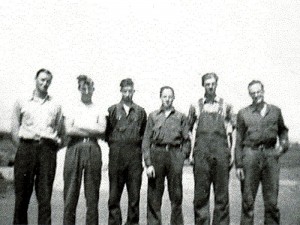 I was looking at some of my uncle, Bill Spencer’s family history information yesterday, and I came across a comment he made about some of the pictures. It was about the National Youth Administration that was transferred to the War Manpower Commission in 1941. When he mentioned that it was about educating the nation’s youth, I immediately got on the defensive, because I thought that it almost sounded like the Nazis pulling children out of their homes to train them the way the government wanted them to be trained. Of course, that couldn’t be further from the truth. In reality, and had I read the rest of Uncle Bill’s comments before I got touchy about it, I would have known that. I think sometimes, we have a preconceived idea about things, and we don’t really understand exactly what is going on before we fly off the handle.

The education effort that my uncle was talking about was set up by the National Youth Administration through the War Manpower Commission, and had to do with the upcoming and inevitable entrance of the United States into World War II. The skills that were going to be needed to build the equipment needed for our troops to fight in the war were very different from the skills the nation’s youth had at that time, because many of them were farmers. The nation was going to need welders, machinists, and sheet metal workers desperately. The training program was designed to provide training for youth 16 to 25 years of age. The plan was that the ones who were not drafted could help with the war effort at home.

It was this program that trained my dad, Uncle Bill, Aunt Laura, and Aunt Ruth to weld, and gave them jobs in the shipyards in several different capacities, mostly as Rosie the Riveters. Of course, while Uncle Bill did a similar job to the ones done by his sisters, I don’t think he would take too kindly to the name Rosie the Riveter. Nevertheless, it was on May 1, 1942 that Uncle Bill began his training, and shortly there after, he talked my dad into doing the training too. Uncle Bill had hoped that welding would keep them both on the home front, but when that was not to be, they both went to sign up. Dad was accepted, but Uncle Bill was not, because of flat feet and a hernia. Still, the welding skill was not something that would ever be a waste where my dad was concerned, because he worked as a welder for most of his life after the war was over. 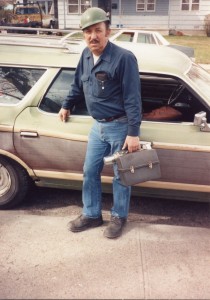 The National Youth Administration officially operated from June 26, 1935 to 1939, and was designed to provide training and help find jobs for people during the Great Depression. It was part of The New Deal programs set up by President Franklin D Roosevelt during his first term in office. I don’t often agree with government run programs, I suppose this one had it’s place. Many of the people who benefitted from the chance to train themselves for a new skill were farmers who didn’t have many other skills, and it was the training my dad received there that supported our family for his entire working life. The National Youth Administration was officially transferred to the War Manpower Commission in 1942, and officially folded in 1943. It was most likely due to lack of funding to continue the program, but I suppose it served a greater purpose during the war years, and now was no longer necessary.