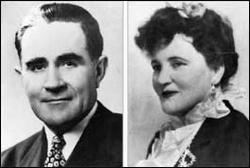 Everyone, at one time or another in their lives has thought about what it might be like to find a hidden treasure. There are many ways that could happen, from a hidden gold mine, to an auction, to the attic, but few can match what it would be like to find a buried treasure in a gold mine. It was the stuff dreams were made of, especially in the Old West. When gold was discovered in California, the Gold Rush started, and while few people ever found their fortune, many people made the journey to try their luck.

Victorio Peak was not in California, but it was said to hold a huge cache of gold ingots. The treasure was first discovered by a soldier, who on his death bed in the 1600s, told a monk in a New Mexico monastery about his knowledge of a secret cache of gold ore in the mountains. The monk was Padre Felipe LaRue. LaRue put together a band that purportedly located the mine and successfully drew ore from it for three solid years. When 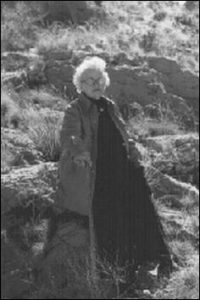 the Mexican Army was sent to overtake LaRue’s operation, he ordered workers to close the entrance to the mine with a landslide and, soon thereafter, LaRue’s entire camp took information about the location with them to the grave at the hands of the soldiers.

Fast forward to 1937, when a New Mexico couple named Ernest and Ova Noss were said to have stumbled upon a narrow entrance to this mine while hunting, and then returned several times to collect the heavy gold ingots from the secret location. When Ernest tried to open the mine further with a blast of TNT, it was inadvertently sealed despite repeated attempts to reopen it. When the White Sands Missile and Bombing Range was expanded in 1955 to include the land, Ova Noss supposedly sent a party to investigate and they reported that Army officials were seen digging near the site. Still, the Army never made any mention of the Victorio gold.

In 1977, ground-penetrating radar identified an open area underground near where the Noss’ claim might have been. In the 1990s, a locked steel door was said to have been found covering the site of the original shaft.

Whatever the case may be, a reported 88 solid gold ingots were brought forth from the mountains of New Mexico by the Noss couple, and it is unlikely the public will ever know exactly what became of the site and its associated treasure. Some people think the whole legend is a con, but shortly before her death in 1979, Ova Noss was a the White Sands Missile Range seeking access to her claim. Access was denied, and to this day her family and their organization called The Ova Noss Family Partnership continue to push for access to the mine, although in my mind, it is doubtful that they would find much today, since the mine has been under the exclusive control of the missile base for a long time.