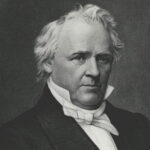 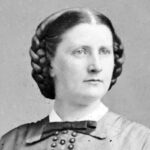 President James Buchanan was the only bachelor president of the United States, and in the absence of a first lady, his niece, Harriet Lane acted as First Lady for him. Lane was born on May 9, 1830, in Stony Batter, Pennsylvania. Her mother died when she was nine, her father when she was 11, and the orphaned girl was remanded to the custody of her mother’s brother, the future President Buchanan. He oversaw the remainder of her childhood, sending her to a prestigious private school in Washington while he was a Senator. Not only was it very unusual for a president not to have a wife, but Buchanan’s niece was only 27 years old when she was acting as first lady. For the wife of a president, that would be a big enough job, but for a young single woman, who may have never hosted a party, much less such large events, that was a big undertaking. Nevertheless, Harriet Lane was not just any young woman. During her time as First Lady, she was considered the greatest First Lady ever. Many would compare her to Jaqueline Kennedy, had they been of similar eras.

The work Harriet Lane did as First Lady also earned her the honor of having several ships named after her. In 1859, the United States Revenue Cutter Service named a revenue cutter USRC Harriet Lane. The outbreak of the Civil War, saw USRC Harriet Lane as a ship of the United States Navy and later the Confederate States Navy. The cutter was christened and entered the water for the Revenue Service in 1859 out of New York City. It saw action during the Civil War at Fort Sumter, New Orleans; Galveston, Texas; and Virginia Point. She became a ship for the Confederacy when the Confederate Navy captured her in 1863. The ship was converted to mercantile service. Then the Union forces recaptured her at the end of war. The war was not easy on USRC Harriet Lane, and so the US Navy declared the ship unfit for service and sold her. New owners out of Philadelphia renamed her Elliot Ritchie. Her crew abandoned her at sea in 1881. It was not really a very fitting end for a ship with such stately beginnings.

USRC Harriet Lane measured 177.5 feet long, 30.5 feet wide and 12 feet from the bottom of the hull to the main deck. She had a double-right-angled marine engine with two side paddles, supported by two masts. The entire ship was sheathed and fastened with copper. Her initial armaments were light guns, however after joining the West Gulf Squadron her firepower was upgraded to one four-inch rifled Parrott gun to the forecastle, one nine-inch Dahlgren gun before the first mast, two eight-inch Dahlgren Columbiads and two twenty-four-pound brass Howitzers. Her crew of 95 were also issued small arms. In August 1861, in what would likely be her most famous battle, the Harriet Lane, Monticello, and Pawnee were sent on a sortie from Hampton Roads, Virginia, to blockade runners working in the area. While off the Hatteras they also participated in the first combined arms operation of the Civil War: an amphibious landing to take Fort Hatteras and Fort Clark.

As for the real Harriet Lane, following her time as First Lady, she went to England for a while. During her time in England, Sir Fitzroy Kelly, then Prime Minister Palmerston’s attorney general, proposed marriage to her. Queen Victoria was strongly in favor of this match, as it would keep Lane in England. She was well liked in England and considered an asset. Lane considered the advantages of a number of bachelors. Her uncle cautioned Lane against “rushing precipitately into matrimonial connections.” He found most of her potential suitors “pleasant but dreadfully troublesome.” Lane eventually married Baltimore banker Henry Elliott Johnston at the age of 36. They had two sons, but between 1867 and 1885, her uncle, her husband, and her children had all died. She was alone again.

In 1895, Harriet wrote her will. She lived another eight years, during which the country’s general prosperity greatly increased the value of her estate. In 1899, she amended her will, directing that a school building be constructed on the grounds of the Washington National Cathedral property and asked that it be called the Lane-Johnston Building “to the end that the family names of my husband and myself may be associated with the bequest made in loving memory of our sons.” A codicil of 1903 increased her gift by one third, but said that 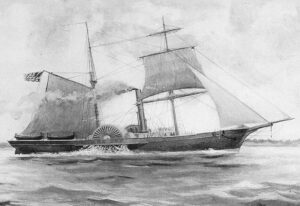 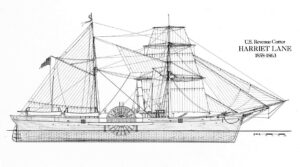 only half the total was to be spent on the building. The remainder was “specially to provide for the free maintenance, education and training of choirboys, primarily those in service of the Cathedral.” This bequest founded the prestigious boys’ school that today is called Saint Albans School, which opened in October 1909. Harriet Lane-Johnston died of cancer on July 3, 1903, in Narragansett, Rhode Island.