The Stupid U-2 Mess 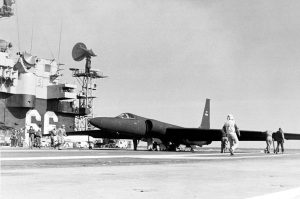 Americans don’t really like to think that our military is out spying on other countries, but like it or not, we spy on them, and they spy on us. We know it and they know it. So, spying is not really the problem…it’s getting caught that causes a problem. Getting caught is the ultimate faux pas, and that is what happened on May 1, 1960, when an American U-2 spy plane was shot down over the Soviet Union while conducting espionage. The plane was being operated by Central Intelligence Agency pilot Francis Powers, under the order of the CIA. The U-2 spy plane was the brainchild of the CIA, and it was in all reality, a sophisticated technological marvel. It could travel at altitudes of up to 70,000 feet, and it was equipped with state-of-the-art photography equipment that could, according to the CIA, take “high-resolution pictures of headlines in Russian newspapers as it flew overhead.” The flights over the Soviet Union began in mid-1956, and the CIA assured President Eisenhower that the Soviets did not possess anti-aircraft weapons sophisticated enough to shoot down the high-altitude planes. How wrong they were. 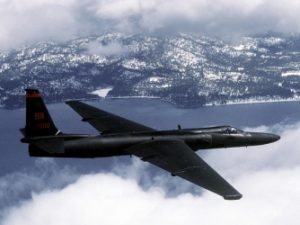 On May 1, 1960, over Russia, a U-2 flight piloted by Francis Gary Powers disappeared, while doing reconnaissance. The CIA reassured the president that, even if the plane had been shot down, it was equipped with self-destruct mechanisms that would render any wreckage unrecognizable and the pilot was instructed to kill himself in such a situation. Looking at the wreckage, I suppose it was unrecognizable…to a degree, at least in the picture, but how can a pilot be ordered to kill himself. I don’t know about you, but I would have to disobey that order. Apparently Powers felt the same way, because he parachuted out, rather than crash with the plane. Still, based on this information, the United States government issued a statement indicating that a weather plane had veered off course and supposedly crashed somewhere in the Soviet Union. Khrushchev took great pleasure in embarrassing the United States when he produced not only the mostly-intact wreckage of the U-2, but also the captured pilot…very much alive.

It was at this point that President Eisenhower had to publicly admit that it was indeed a United States spy plane. On May 16, a major summit between the United States, the Soviet Union, Great Britain, and France 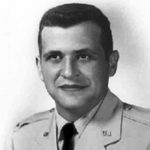 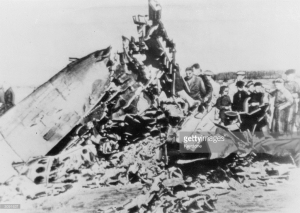 began in Paris. Issues to be discussed included the status of Berlin and nuclear arms control, but as the meeting opened, Khrushchev launched into a tirade against the United States and Eisenhower and then stormed out of the summit. The meeting collapsed immediately and the summit was called off. Eisenhower considered the “stupid U-2 mess” one of the worst debacles of his presidency. The summit was supposed to solve some things, but it ended up making matters much worse.