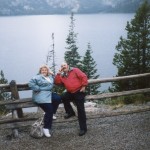 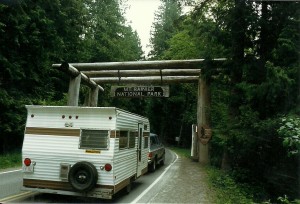 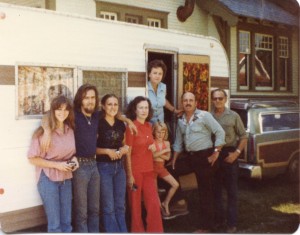 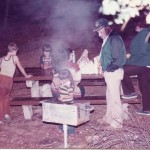 My dad loved camping. For him, camping and spending time with his family was the best thing to do in the world. I think that if he could have spent his entire life camping with the family, he would have totally loved it. There is nothing more relaxing than sitting around the campfire roasting marshmallows in the evening, and of course, my personal favorite, having that morning cup of coffee. Coffee made over an open fire, is so good, and the smell of bacon and eggs cooking, mixing with the scent of pine trees and fresh mountain air…well, I can smell it right now. Those mornings were so relaxing, because my parents were never in a hurry to get going in the mornings. We were, after all, on vacation. I suppose most people, and I would have to include me and my family now, want to get going in the mornings, and so sleeping in and relaxing with a cup of coffee by the morning fire, are not common things anymore, but our family sure enjoyed it back then.

Those days spent camping and traveling around the country bring back such sweet memories. In fact, sometimes the memory of camping in the Black Hills is so vivid that I can almost see my dad standing around that campfire. It was a scene I saw so many times. We have always been a family of coffee drinkers, and I think we all agree that coffee around the campfire is some of the best coffee around. I don’t know, maybe the coffee is the same, but the atmosphere is what makes all the difference. I don’t know for sure, but I can say that there isn’t a one of us that didn’t love to sit and relax around that campfire.

Everyone has those old memories of days gone by. They are the ones that can be triggered by 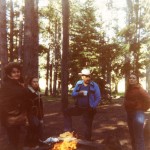 something simple that we might do every day…such as having our morning cup of coffee, the smell of wood burning in a fireplace, or thinking about going on a trip. Suddenly that memory is there, and you can see it all again, and for me, even taste that great cup of coffee. Life just doesn’t get any better than that, does it? Our lives are so hectic sometimes, and often, we forget to stop and smell the roses. Before we know it, the people most precious to us are either in Heaven, or too busy with their own lives to spend much time with everyone else. All we have left are memories. People need to slow down sometimes, and enjoy life a little, because really, there is nothing’ like a good cup of coffee by the campfire on a cool mountain morning.

A Feeling Of Fall 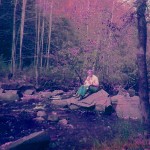 Lately, I’ve been noticing the changes in our weather that are all too familiar this time of year. It’s a feeling of fall. Even though I don’t dislike fall the way I used to, I still feel a little twinge of regret that summer is over. Still, as much as I used to love summer, these days it just feels too hot sometimes. I have started liking the cooler weather of spring and fall…winter, well I think I’ll always hate winter, except in pictures, or from inside the house.

Liking or not liking the coming fall and winter aside, I nevertheless recall some of the trips Bob and I took in the fall. Our girls were small them, so school was not a problem. We really liked those fall vacations, because there were less people traveling then…less people on the road, and less people at the places we wanted to go. The changing leaves were pretty, even though we don’t get the brilliant colors that occur in other areas of the country.

The year Corrie was born, however, we took a trip to Wisconsin to visit my Uncle Bill’s family. I will never forget the beauty of the Wisconsin fall. My only regret is that the cameras back them could not capture the beauty of it all like the ones we have now. Nevertheless, there was a definite red color. I thought back to some of the pictures my parents took of the area during their years of living in Wisconsin. The pictures are in black 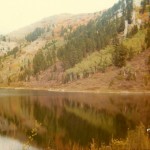 and white, of course. The only way to see the beauty of the multi colored fall trees, is to have been there and to carry the memory of the colors. That way you could look at the pictures and add the color with your imagination. That is the way it is with all the black and white pictures of that era…sadly.

Now that our children are grown, the possibility of fall vacations again presents itself. I know I would love to go to areas of the country that have the trees that turn a firey red, and some yellow mixed in. With today’s cameras, the pictures of fall back east would be stunning. I think I might have to plan just such a trip in the near future.