Little Girls And Their Uncles 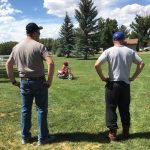 My nephew, JD Parmely is a single guy who mostly just loves cars, working on cars, and driving cars. For the most part it’s all about the cars for JD. But there is one more…well, really two things that are even more important to JD than his cars. I never thought I would see the day that happened. I think anyone who knows the Parmely family can guess what is more important to JD than cars. Yes…his nieces Reagan and Hattie. JD has always loved kids, and had a great time playing with his younger cousins, but no cousin can hold his heart like his nieces do.

Any man who has kids knows how quickly those kids steal your heart, but girls have a tendency to wrap their daddies around their little finger pretty quickly. While JD doesn’t have kids of his own, he has found out how quickly two little girls can have a major effect on one uncle. A man spends his whole life learning to be a strong man. Nothing is supposed to have an effect on them…right? Wrong!! Enter two little girls, whose smiles can melt your heart in a second. Add to it the fact that these two little girls like some of the same things the uncle does, such as cars and motorcycles, and the fact that they don’t mind getting dirty on the trails they hike, and 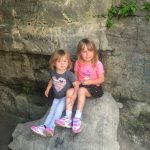 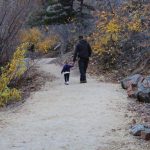 you find yourself with every ingredient necessary to steal a heart. And that is exactly what those two little girls did.

JD still loves his cars, motorcycles, and mechanical work, and he loves working on the house he bought from his grandparents, but none of these things will ever take the place of those little nieces…and I think JD is totally ok with that. Being uncle to Reagan and Hattie is the highlight of his life. But then he always was a kid at heart. Today is JD’s birthday. Happy birthday JD!! Have a great day!! We love you!! 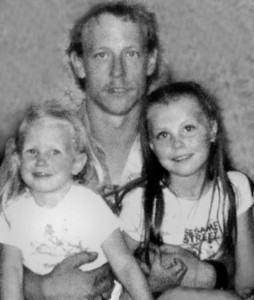 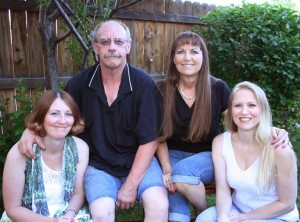 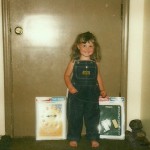 It is amazing, how little girls can go from being tomboys to being very girly girls in a matter of moments. Little girls can have a love of the outdoors, and running around in bib overalls, chasing chickens or cats, riding bikes or horses, and then in the twinkling of an eye, they become a beautiful little lady in ribbons and lace.

Most times, of course, this transition takes place many times. Back and forth, our little girls try different styles and different fads…some we wish they hadn’t and some that make us cringe!! And that time between their grade school years and adulthood…well, sometimes we wish we could forget the clothes they wore or the hair, and especially the attitude.

Every so often, we would catch a glimpse of that little girl we knew was somewhere in there still, but as time went on, those glimpses were fewer and further in between. Still, we didn’t totally hate the girl we were seeing begin to emerge. Every so often, we could see the woman she would become, and we could tell that things were going to be ok. And then she would slip away again into some stranger that we didn’t know. I suppose it is just the nature of things. The journey from babyhood to adulthood. And along 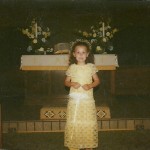 the way we keep a file in our minds of the precious little moments when we see the little girl we knew and love.

When you think about it, looking back at the toddler and grade school days, while that little tomboy of a girl was maybe not what you hoped for her to turn into, it didn’t seem like such a bad thing compared to some of the styles you have seen in the current years. The truth is that whatever she becomes, you will love her and be happy that she is in your life, because tomboy or girly girl…it makes no difference…she is your girl!! And she is beautiful!!