Politics is always a dirty game. That is probably why most of us don’t like career politicians. They will do or say anything to win or further their careers. “Dirty politics” has been around as long as there have been politicians…and politics isn’t even limited to just politicians. There’s office politics, military politics, law enforcement politics, and more.

General George Washington wasn’t even exempt. In October 1777, while serving as the commander of the Continental Army, Washington was informed of a conspiracy to discredit him with Congress and have him replaced by General Horatio Gates. The loosely organized attempt was supposedly led by Brigadier General Thomas Conway, who was an Irish member of the French army. Conway commanded a brigade in Washington’s army, and he was unhappy with Washington’s performance in the Battle of Brandywine. Conway was also bragging about his own feats at the same operation. Conway was even so bold as to request a promotion for himself, to the rank of major general…based on the merits of his “performance” in the battle. Washington protested Conway’s promotion and was irritated by the request, believing it would have disastrous effects on the morale of more senior officers. I think the biggest problem was the arrogance of Conway. It just isn’t right to brag on yourslf so much.

Thomas Conway, would be made inspector general of the United States less than two months later on December 14, but it is my belief that it was in an effort to pigeon-hole hime, because he was an embarrassment. Conway, was born in Ireland, but raised in France. He entered the French army in 1749. Silas Deane, the American ambassador to France, recruited Conway to the Patriot cause. Conway met with Washington at Morristown in May 1777, after which, he was appointed brigadier general and assigned to Major General John Sullivan’s division. Conway served admirably under Sullivan at the battles of Brandywine, in September 1777, and Germantown, in October 1777, before becoming involved in an unconfirmed conspiracy to remove General Washington from command of the Continental Army. It ruined his military career. 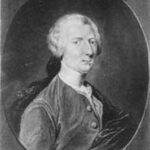 Conway wasn’t alone in the cabal. The Continental Army had suffered several defeats in the fall of 1777, and some members of Congress felt it was Washington’s leadership that was to blame. Conway began writing letters to prominent leaders, including General Horatio Gates, that were critical of Washington. After Washington got wind of Conway’s letter to General Gates, he wrote his own letter to Congress in January 1778. Conway was embarrassed, and in March 1778, he offered his resignation as an apology. Nevertheless, he was surprised and humiliated when Congress accepted. After General John Cadwalader wounded him in a duel defending Washington’s honor, Conway returned to France, where he died in exile in 1800…unable to recover his dignity after the horrific Conway Cabal.