the house that built me 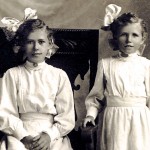 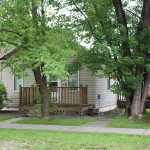 There is a popular song by Miranda Lambert called “The House That Built Me.” It is a rather bittersweet song about visiting the house where she grew up, in and effort to find herself again. I suppose that it is very common to lose sight of self as the years go by, and life gets busier and busier. Sometimes we just find ourselves needing to regroup, to a degree. Of course, in the song, she really just wanted to get back in touch with her beginnings. I can understand that, since my sister, Cheryl Masterson, my mom Collene Spencer, and I took a trip back to Superior, Wisconsin, to reconnect with family members, the town, and the house where the first years of my life were spent. Of course, unlike Miranda Lambert, we didn’t ask to go into the house, although it might have been fun to do so, and unlike Miranda, I didn’t grow up in the house, but rather the first couple of years of my life. Nevertheless, standing there in front of the house, I found myself thinking about the home movies I had seen of our time there. They were good memories, and it felt good to be there to see that house that represented my beginning.

My great aunt, Bertha Schumacher Hallgren and her sister, Elsa Schumacher Lawrence had the opportunity as teenagers to travel from their home in Fargo, North Dakota, to Minnesota. While there, they were not only able to see the house where they were born, but the actual room they were born in. Things are much different these days. Most people are born in a hospital, rather than at home, so we don’t necessarily think of the room we were born in, because there is almost no way to know exactly which one it was years later. Bertha and Elsa had such an amazing opportunity…one I suppose many of us might envy, if we thought about it very long. The time they lived in, combined with the kindness of the new owners, allowed them to take a small glimpse into their past. It was an event that affected Bertha so much, that she wrote about is years later. She too, had been a young girl when the family moved away, but unlike me, she was able to step back into the world, and feel what it was like in those early years.

No, I suppose you can’t really go home again, unless like my younger sisters, your parents stayed is the house where you grew up. In that case, while you have grown up, married, or moved out on your own, you still have 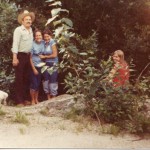 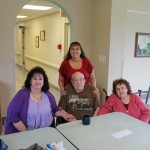 those close ties to the home of your youth, and with it, the memories and values you grew up with. Yes, my older sister, Cheryl and I do have those memories too, we have still found ourselves wondering what our lives would have been like, and who we would have been if our parents had stayed in Wisconsin. I know things would have been different for sure, but in reality, all the changes that have gone on in our lives have turned out to be the best life for us anyway. So maybe, going back to a lost childhood home really makes little difference in the grand scheme of things afterall.