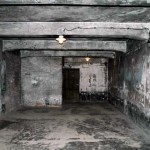 In the United States, 9-11 has become synonymous with the attacks on the World Trade Center, the Pentagon, and the downed plane in Shanksville, Pennsylvania. It is a day that we all look back to a day when, by a horrific act of terrorism, thousands of people died. As a collective people, we vowed never to forget. As United States citizens, however, we seldom give any serious thought to such days of rememberance in other countries. I suppose that is natural to a degree, but sometimes there are events in history that are so horrible that we can’t forget them. Such is the case with the Holocaust and the horrific treatment of the Jewish people at that time.

During the Holocaust years, Nazi Germany murdered six million Jews. The Nazi persecution of the Jews began in 1933, but the mass murder was committed during World War II, over a period of just four and a half years. Most of the murders took place between April and November of 1942. In just 250 days in which they murdered about two and a half million Jews. They had no real criteria for who lived and who died, except the ability to work. The killing only slowed down only when they began to run out of Jews to kill. The murders finally stopped when the Allies defeated them.

The Jewish people had now way to escape. They had been captured, dragged from their homes, and taken by 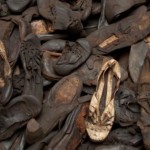 railroad in cattle cars to camps like Auschwitz, where the men were separated from the women and children, many of whom were killed right away, while the men were made to be slave labor…for as long as their strength held out. Once they were no longer useful, they were sent to the gas chamber. Being Jewish was considered a crime, punishable by death. There was no need for a trial in the eyes of the Nazis. If you were Jewish, you had to die. It was a horrible time in Jewish history, and it wasn’t the first time. It was just the most recent time in history. The Jewish people, like the people of the United States, had a need to remember the lost. A need to vow never to forget. That day is today. Yom Ha’Shoah, which means Holocaust Day, begins and sunset. In honor of those lost Jewish people, I will remember.