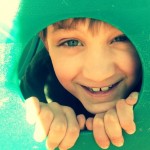 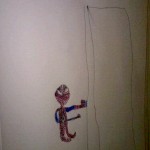 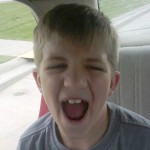 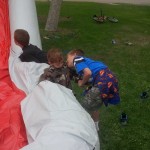 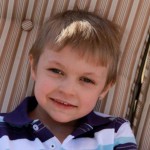 My grand nephew, Matthew is all boy, with a big heart. Over the years, I have watched him change in so many ways. As a really little boy, he loved to play games like super hero or karate expert. It was so cute to see him pretending to be able to fight any one of the adults…even though he would never have really had the heart to fight any of us, because he loved us. Little Matthew really only pretended to fight because his parents and family thought it was cute. He was acting.

When you think about it, all kids do a little bit of acting. They might start out accidently doing something that makes their parents laugh, but once they find out what kinds of things bring laughter to the people they love, they will do it over and over again…just because laughter is contageous, and it’s fun to laugh with their parents. Matthew is no exception to that rule. He loves to laugh and to make others laugh too.

Matthew is a very loving boy. While he is all boy, he reserves a place in his heart for the people he loves the most. His parents, grandparents, and sisters. He might pick on his sisters…unmercifully, as boys often do, but he loves them dearly and would fight anyone who tried to hurt any one of them. As I said, he might pick on them, but it’s just as likely he won’t, because he likes to be kind and helpful too. 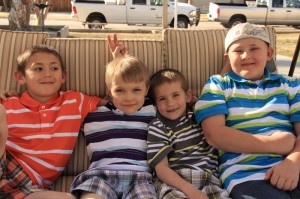 Of course, we can’t forget that, like all boys, hanging out with the guys is a top priority, and that is something Matthew really enjoys. Coming from a family where he is the only boy, having guy friends to hang out with is vital for sanity!! Thankfully, Matthew has three male cousins who love to hang out and do the guy things with him. There is nothing a guy likes more than to spend the night with his cousins and just be boys…awww, what a life. Today is Matthew’s 8th birthday, and I can’t believe he is 8 years old already. Happy birthday Matthew!! Have a great day!! We love you!! 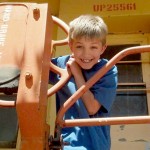 My grand nephew, Topher, who is my niece Andrea’s son, is probably a lot like most little boys…into super heroes.  They dream of being just like their favorite one. Topher is very into the Avengers,  the Justice League, and my favorite, Superman. I think every boy dreams of being a super hero at some point in their lives. I suppose it is the goodness in those little boys that makes them want to rescue people in trouble…to fix whatever is wrong in the lives of loved ones and strangers alike.

Topher is the kind of kid who hates to let people down. He hates to have people upset with him, and he hates to be the reason anyone is sad…or even see people sad. He has a great big heart, and it gets broken when those around him are not happy. Topher likes everything in his world to be…happy. I can’t blame him for that. Wouldn’t it be lovely if we really could live in the Land of Perfect, where everyone is happy and all is well. The good news is that when you get around a kid like Topher, your world seems to take a turn toward the Land of Perfect…at least a little bit. It’s awfully hard to stay sad when you see a smiling, goofy, little face like Topher’s.

Topher is the kind of kid that little kids love to be around. He is very compassionate and caring, and because of his great sense of humor, little kids really Get a kick out of him. 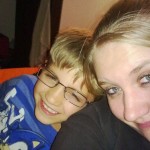 Of course, big kids do too. Topher’s big sister, Savannah is one of his favorite people in the world, as are his dad and mom. He has a serious sense of family, and feels very blessed to have the one he has. He also loves his dogs, because they are family too…especially to a little boy.

Topher is such a happy kid that he makes others around him happy too. Maybe that is why he likes super heroes so much. Super heroes save people from terrible situations, and Super-Topher saves people from sad moments and days. Does it get better than that? Today is Topher’s 8th birthday. I can’t believe that he is 8 already. Happy birthday Super-Topher!! Have a great day!! We love you!! 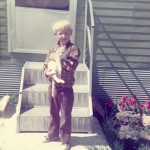 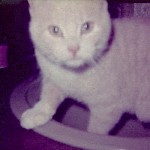 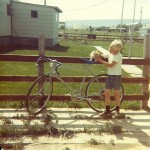 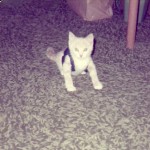