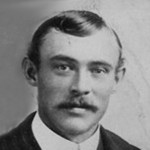 Recently, my interest turned to the ancestry of the Schulenberg side of my family, when I was contacted by a more famous member of the family, who I will not name at this point, as I have not asked his permission to do so, and so I will respect his privacy. He wondered if we might be related, and I told him that I expected that we probably are. Since that time, I have been looking back on that side of the family. I knew that our side of the Schulenberg family came to America aboard the SS Moltke in 1895, when Max Heinrich Johann Carl Schulenberg arrived on that ship at the tender age of 17 years, without an adult to accompany him…a bold move for a young man. He arrived in New York City, like so many other immigrants. Before too long he had made his way to Blair,Nebraska, where he met and married Julia Doll on December 16, 1902. The couple would have ten children, the oldest of which was Andrew, my husband, Bob’s grandfather. The family would eventually settle in Forsyth, Montana, where there are still family members living to this day.

But what of the German half of the Schulenberg family. They had a longstanding heritage in Oldenburg, Germany, where the family owned a farm since 1705, when the first known Schulenberg owner,

Johann Schulenberg shows up in records as the owner. The farm was rather large and still stands to this day. It has been well maintained, and is in fact, more beautiful today than it was when Johann owned it. I’m sure that has to do with all the modern equipment and products we have today to enhance the natural beauty of a home and its grounds. Nevertheless, the farm was a productive place in 1705 too.

The furthest record of the family line that I have found to date is Vitter Schulenberg, who actually hailed from Schulenberg, Germany, where I expect the family originated, because as most of us know, before last names existed, people were known by the town they came from, such as Jesus of Nazareth. The Schulenberg family had been known in prior years as von der Schulenberg, which translates from Schulenberg, meaning the town of Schulenberg, Germany which is located in the district of Goslar in Lower Saxony, Germany, I don’t know if those people whose last name is spelled Schulenburg came from the same family or not, but I would expect that it is quite likely, because when people came to America, they were told to 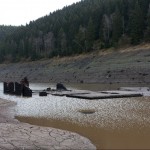 Americanize their name, and there was no regulation as to how to do that, so some went one way and others went another way.

I also found out that there was an older village of Schulenberg, which only appears in the fall, when the lake is at its lowest point. The lake (der Okertalsperre) or reservoir which was constructed in 1953, resulting in the flooding of the old village. That fascinated me. I found this picture of the ruins on Google Earth (taken by Harz Geist), and either there is not much left of the old village, or it was very small, which almost makes me wonder if it was originally a farm named Schulenberg, that grew into a village…but that is the subject of another story, for another day.