speaker of the house 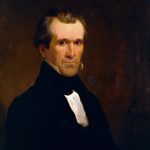 I was looking at a fact site last night, and found a list of unusual facts about the presidents of the United States. While the facts about each president were everything from strange, to bizarre, to amazing, I found myself drawn to what I read about James K Polk, who happens to be the 2nd cousin 1x removed of the husband of my 5th cousin 2x removed. That sounds very confusing to people, and I can say that it is confusing to me too. Nevertheless, my family and my husband, Bob’s family trees are intertwined, and that is a fact I have known for a while now. James Polk is just another in the line of people we are both connected to. Those are the facts I knew about James K Polk…as well as, the fact that his middle name is Knox and that is how he is related to Bob’s side of our family. My own connection comes from the Allen side of my dad’s family…and that I did not know before.

James K Polk was the first president to be elected under the age of 50, and the youngest to die, with the exception of Garfield and Kennedy, both of whom were assassinated. Polk had surgery at the age of 17, to remove stones from his bladder. This was before anesthesia was invented, so he was awake for the entire 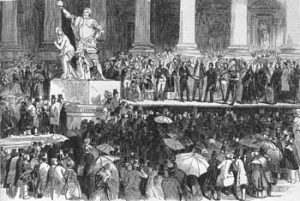 procedure. I can’t imagine how painful that must have been. Polk is the only Speaker of the US House of Representatives to become President of the United States. His years as president were active ones. They saw three states added to the nation, the first Women’s Rights Convention was held, the sewing machine, gas lighting, and the rotary printing press were invented, and the Gold Rush began. Polk was a highly motivated president, and it is believed that he worked so hard while serving as president that he weakened himself, causing his death shortly after leaving office.

Polk had just two years of formal schooling prior to entering the University of North Carolina as a sophomore. He was a member of a debating society in college, and he found that he had an interest in law and government. Polk graduated with top honors in mathematics and the classics. Then he returned home to Tennessee to become a lawyer. To receive legal training, he worked in the office of Nashville trial attorney, Felix Grundy and then served as clerk of the Tennessee Senate. Polk was diligent and ambitious, and soon 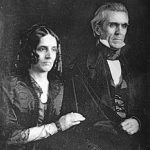 established a law practice in Columbia, Tennessee. At 27 years of age, Polk’s interests turned to politics, and he defeated an incumbent for a seat in the Tennessee Legislature. During his time as state representative, he met and eventually married Sarah Childress, who was the very intelligent daughter of a Murfreesboro merchant. She was well educated and her social grace impressed their peers. She became her husband’s personal and political confidant, it was her involvement in his campaigns that helped to ensure his victories. Fervently supporting the policies of fellow Tennessee Democrat Andrew Jackson, Polk was elected to the United States Congress at 29. His Congressional career lasted 14 years and included two terms as Speaker of the House. He must have been well liked to then go on the become President of the United States as well.