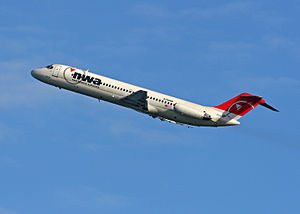 Anytime a group of people goes on strike, there are side effects that go beyond the management having to do more work. One of the industries in which a strike can have devastating side effects is the airline industry. When air traffic controllers strike, and the people filling in for them are not used to doing that job, even if they are trained, things can get out of hand quickly. They are likely understaffed, and stressed, but you can’t let these planes fly without guidance, so you use people in management, who probably haven’t done this work in a long time. Such was the case on March 5, 1973, over France when two Spanish aircraft, a DC9 and a Coronado 990 collided 27,000 feet above Nantes, in western France.

Sixty eight people were killed when the two Spanish aircraft collided in mid-air over France that morning, 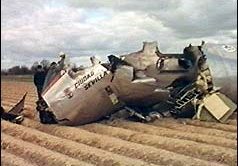 where air traffic controllers are on strike. The dead, who included a two year old child and 47 Britons, were on board a Spanish Airlines DC9 from Palma, Majorca to London. Eye witnesses said that the DC9 exploded and broke up in mid-air following the collision. Max Chevalier, British Honorary vice-consul at Nantes, said, “Suddenly a streak of red light appeared and part of the aircraft came down with bodies flying out. It was a horrible sight.”

The pilot of the Coronado 990, Captain Antonio Arenas-Rodriguez, was able to land his damaged aircraft safely at a military airfield in Cognac. All 108 people on board survived without injury. A passenger on board the Coronado aircraft, Leonard Wareham, 59, who lives in Madrid, said, “We were sitting on the port side of the aircraft. My wife had the window seat. There was an enormous bump and then everything seemed to fall about. No-one knew what was happening except that the aircraft was falling fast. The next thing I 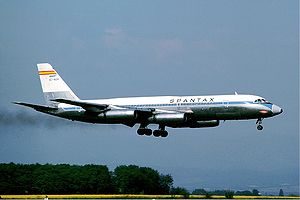 noticed was that a French fighter plane was flying around us and evidently he guided us in to land.”

At least 16 airlines, including British European Airlines (BEA) and Caledonian, cancelled flights over France following news of the accident. Members of the French Civilian Air Controllers Association (SNCTA), have been on strike illegally since February 20, 1973 hoping to gain improved pension benefits and obtain the right to strike which was outlawed for air traffic controllers in 1964. Military air traffic controllers were put in place to operate France’s air control system on February 26.