A Year Of Growth And Personal Development 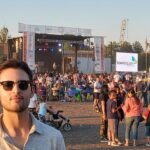 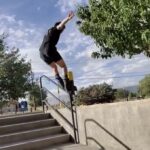 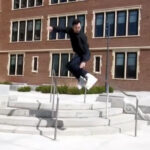 As a young man, my grand-nephew, James Renville wanted nothing more than to leave Wyoming and travel abroad. He thought he might want to live abroad too, or at least somewhere bigger than Wyoming. Covid-19 changed that in a big way, and lately, Wyoming isn’t looking so bad to him. In fact, he has developed an appreciation for his hometown and home state. With all the craziness and chaos going on everywhere else, James said that he realized how blessed he is to live in Wyoming where Covid didn’t touch him or leave him unemployed. In fact, the last year has been a year of change, soul searching, revelation, and really just finding out who James is and what he wants out of life. Everyone needs to have a time like that, and this year was just that for James…a year of growth and personal development. James also spent a lot of time with his dad, Jim Renville. They took the time to become best friends.

James isn’t a typical man in his twenties. He is more reserved, and a lot less the “wild and crazy” type of person that many people his age are. It’s not that James just wants to sit around doing nothing, and there is a bit of the “wild and crazy” in him too. That part of James comes out in his love of aggressive inline skating as 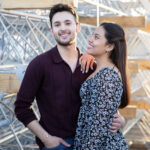 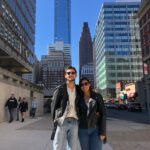 he calls it. I call it scary!! Anyway, James is really good at rollerblading…is that the same as inline skating? I think so. Yes, I’m told it is. He also enjoys running/jogging and playing pool. This last year has inspired James to some new beginnings too. James has decided to take up skiing and hiking. I wouldn’t ski, but hiking is my cup of tea, for sure.

James has still done some traveling this past year, because there is a certain girl who has captured his heart, and the hearts of the whole family…Manuela Ortiz, who has been working in New Jersey. James and Manuela have been dating about two years, and while visiting her in New Jersey, James took her to Philadelphia where he popped the question, and she said “Yes,” so in October, they got engaged.

James’ mom, who is my niece, Toni Chase tells me that Manuela is a gift from God, and the icing on the cake of the last year. She is the a big part of the new beginning, but before James could see the gift that Manuela is, he has to seek his own happiness. You can only share your happiness when you are truly happy. This past year many people felt depressed, but James wouldn’t let that get to him. He shunned the depression that many people fought. As James made his journey to happiness, he discovered that while he was truly happy now, he didn’t want to continue the journey without Manuela by his side. They really do compliment each other and are very supportive of one another. James knew that Manuela was the one he wanted to walk the road ahead with 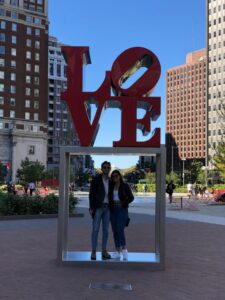 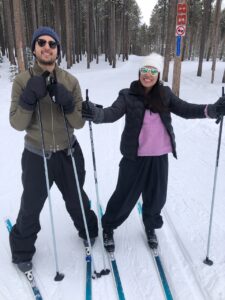 him. James was always a quiet man, but really he is selective about who he lets into his life, and that is a good thing. Once he knows a person, he isn’t quiet at all, but has good things to say, and much to contribute. Like many people, me included, James is not outgoing, but when he spots his people he knows them and he’s very down to earth. He is a great blessing to all who have the privilege of calling him their friend. Today is James’ birthday. Happy birthday James!! Have a great day!! We love you!!