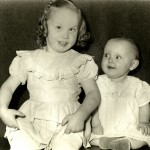 Every little kid looks up to their older sibling, and my sister-in-law, Debbie was no exception. Her big sister, Marlyce was just the greatest thing since sliced bread, as far as 6 month old Debbie was concerned. For her part, Marlyce was thrilled to have a baby sister. Marlyce has always loved babies, and I’m quite certain that the 3 year old Marlyce was no different. Soon she would have a playmate, and for now she had a baby to help out with.

While Marlyce and Debbie would not be the only children in the family for very long, since Bob was born just 17 months later, it was just the girls for a little while. Marlyce, being the oldest, had all the cool ideas about things to do and games to play. I’m sure they had great times. Marlyce was such a soft hearted person. She hated to see anyone hurt or in trouble. I remember hearing her telling my mother-in-law to leave this one or that one alone when they were getting in trouble. Of course, it didn’t help much, but she sure tried.

As you can imagine, it was a different thing if her siblings made Marlyce mad. Then they really got yelled at, but that was her right, and no one else had better be mean to her 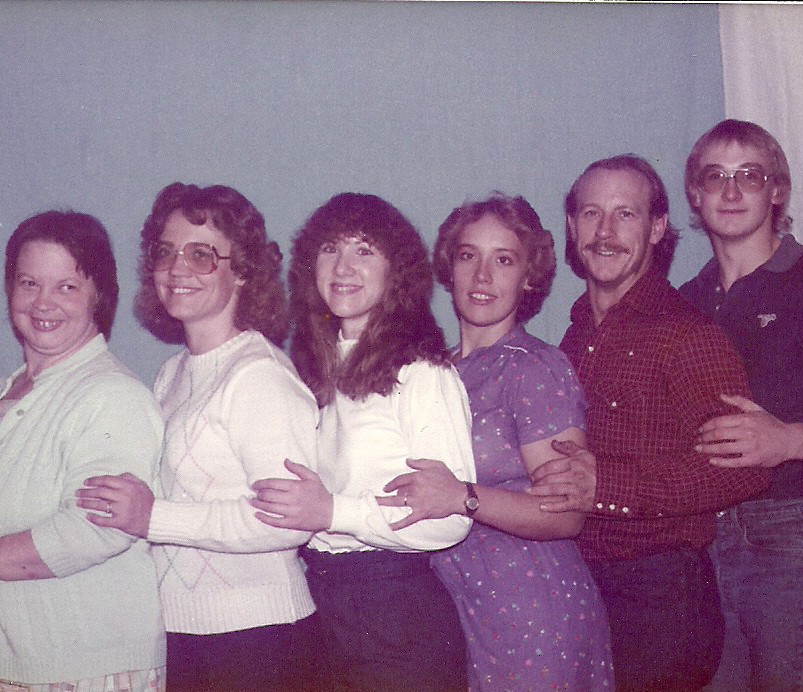 brothers and sisters. She felt the same way about her nieces and nephews as they came along. Marlyce, being as soft hearted as she was, did put herself in a place of vulnerability to a degree. The nieces and nephews took quite a bit of pleasure in picking on Marlyce and unless she felt like they were really being mean, she mostly liked their playful teasing.

I miss the days when Marlyce was here with us. I’m sure her little sisters and brothers all feel the same way because although Marlyce ended up being the shortest of my in-laws six children, she will always be the big sister.