During their reign of terror, Japan, like Germany had their sights set on world domination. Japanese troops landed in Hong Kong on December 18, 1941, and an immediate slaughter began. The process started with a week of air raids over Hong Kong, which was a British Crown Colony at the time. Then on December 17, Japanese envoys paid a visit to Sir Mark Young, who was at that time, the British governor of Hong Kong.

The envoys’ message was simple: “The British garrison there should simply surrender to the Japanese—resistance was futile.” The envoys were sent home with the following retort: “The governor and commander in chief of Hong Kong declines absolutely to enter into negotiations for the surrender of Hong Kong…”

The unsuccessful negotiations brought a swift wave of Japanese troops, who in retaliation for the refused surrender, landed in Hong Kong with artillery fire for cover and the following order from their commander: “Take no prisoners.” The troops quickly overran a volunteer antiaircraft battery, and the Japanese invaders roped together the captured soldiers. In a complete disregard for human life, a complete disregard for the Geneva Convention rules, or any rules of common decency, the Japanese proceeded to bayonet them to death. Even those who offered no 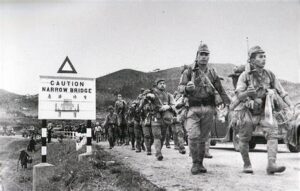 resistance, such as the Royal Medical Corps, were led up a hill and killed. They showed no mercy, just hate and evil. Following the initial slaughter, the Japanese took control of key reservoirs. With the water under their control, they threatened the British and Chinese inhabitants with a slow death by thirst. With their backs against a wall, the British finally surrendered control of Hong Kong on Christmas Day.

On that same day, the War Powers Act was passed by Congress, authorizing the president to initiate and terminate defense contracts, reconfigure government agencies for wartime priorities, and regulate the freezing of foreign assets. It also permitted him to censor all communications coming in and leaving the country. President Franklin D Roosevelt appointed the executive news director of the Associated Press, Byron Price, as director of censorship. Although invested with the awesome power to restrict and withhold news, Price took no extreme measures, allowing news outlets and radio stations to self-censor, which they did. Most top-secret information, including the construction of the atom 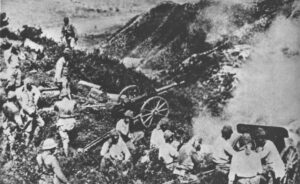 bomb, remained just that…strangely, but then those were different times.

“The most extreme use of the censorship law seems to have been the restriction of the free flow of “girlie” magazines to servicemen…including Esquire, which the Post Office considered obscene for its occasional saucy cartoons and pinups. Esquire took the Post Office to court, and after three years the Supreme Court ultimately sided with the magazine.” It amazes me just how much times have changed. These days the “girlie” trash is totally acceptable, but truth is censored and lies are allowed. Too bad we are so far out from those days.