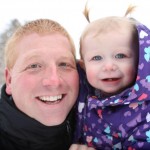 My grand niece, Aurora…nicknamed Rory, is the daughter of my nephew, Ryan Hadlock and his wife, Chelsea. Rory is a sweetie pie of a girl, who loves making faces with her aunts, and playing with her older brother, Ethan. But when it comes to Rory’s uncles, she is the princess. Those girls have a way of wrapping their uncles around their baby fingers. Of course, the uncles have a great time with Rory’s brother, Ethan too, but Rory is the princess, and that is all there is to it. In reality, uncles just don’t stand a chance against the charms of their little nieces. Rory just gives them one of her sweet little smiles, and they melt. Then, she gets picked up, swung around, rides of all sorts…like piggy back and airplane. Yep, Rory’s uncles think she’s the cream of the crop. And she thinks the same of them. Of course, it isn’t just her uncles who think Rory is pretty special. Her great aunts and uncles fit in that category too.

Rory is good friends with her cousin, Aleesia too. They love to play together and get along famously. They especially love to dance the night away. And our little Aurora can sing with the best of them. She loves music, and just can’t help but sing along. Rory loves spending girl time with her aunts and her mom. Since she is the only little girl in her family right now, she is the focus of all the girly fun things…nail polish, pony tails, and girly clothes. Rory is her own girl, and I know she will develop her own style, but she will have been well trained in what looks good by her mom and her aunts. Nevertheless, it seems to be her uncles who Rory likes to play with the most. 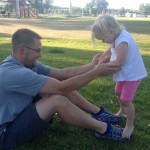 Rory is a little bit shy with people she doesn’t know very well, but once she knows you, she is more at ease and you never know what she might decide to do. Like most kids, she is pretty inventive with her play. She might be camping out with her brother or doing the baking with her mom. It just depends on her mood at any given time. Rory has a lot of years ahead of her, and I know she will have a lot of changes in her life. I hope she will always keep her sweet sense of humor, because it will take her far. I just think we are all very blessed to have little Rory in our lives. Today is Rory’s 3rd birthday. Happy birthday Rory!! Have a great day!! We love you!! 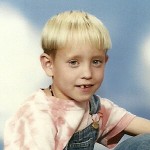 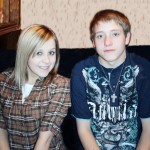 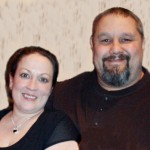