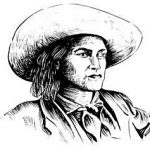 Stagecoach drivers like Charley Parkhurst were tough as nails. Not everyone could handle a stagecoach. The stagecoach driver was respected…sometimes even more than was the millionaire statesman who might be riding beside him, or anyone else who had been given that honor. Parkhurst had been through the good times and bad times of driving stagecoach. Twice, Charley was held up. The first time, he was forced to throw down his strongbox because he was unarmed. The second time, he was prepared. When a road agent ordered the stage to stop and commanded Charley to throw down its strongbox, Parkhurst leveled a shotgun blast into the chest of the outlaw, whipped his horses into a full gallop, and left the bandit in the road.

Charley Parkhurst was one of the more skillful stagecoach drivers, not only in 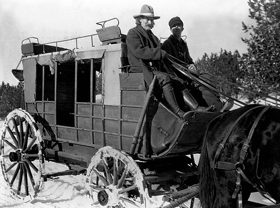 California, but throughout the west. He was often called “One-eyed” or “Cockeyed” Charley, because he had lost an eye when kicked by a horse. He drove a stagecoach in California for 20 years. One-eyed Charley was known as one of the toughest, roughest, and the most daring of all stagecoach drivers. Like most drivers, he was proud of his skill in the extremely difficult job as “whip.” A “whip” is what stagecoach drivers were often called. Proper handling of the horses and the great coaches was an art that required much practice, experience, and not the least, courage. Whips received high salaries for the times, sometimes as much as $125 a month, plus room and board. While most stage drivers were sober, at least while on duty, nearly all were fond of an occasional “eye opener.” A good driver was the captain of his craft. His timid passengers feared him. He was 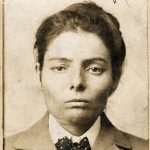 held in awe by stable boys, and was the trusty agent of his employer…and Charley was the best.

Nevertheless, little was really known about Charley Parkhurst before or after he came to California. It wasn’t until his body was prepared for burial that his true secret was discovered. Charlotte “Charley” Parkhurst was a woman. One doctor claimed that at some point in her life, she had been a mother. Unknowingly, Parkhurst could claim a national first. After voting on Election Day, November 3, 1868, Charley was probably the first woman to cast a ballot in any election. It wasn’t until 52 years later that the right to vote was guaranteed to women by the nineteenth amendment.