Sometimes we think we know the whole story, and other times, we are pretty sure we don’t know the story at all. For me, the attack of Pearl Harbor is one that has seemed somewhat fuzzy. I mean I know that the Japanese attacked Pearl Harbor without warning on December the 7th of 1941…but why exactly. I have to wonder if I am the only one who isn’t exactly sure why my dad had to go to war in March of 1943 at the age of 18 years, along with several uncles. I know that his family knew that it was coming, and they were dreading it very much, but it was inevitable. We had been attacked. We must retaliate when we are attacked!! I understood that…but why were we attacked, and was it without provocation?

Then I came across something that happened on Dec 1, 1941. This was the day that the Japanese made the decision to attack Pearl Harbor. This had been a possibility since the 1920s, but in 1931, with the Japanese invasion of Manchuria things got really tense. Japan was insistent on invading other countries, and were slowly moving into China. Beginning in 1938, the United States adopted increasingly tighter trade restrictions with Japan. Nevertheless, Japan would not be deterred from its expansionist policies, or from signing the Tripartite Pact in 1940 with Nazi Germany and Fascist Italy, officially forming the Axis Powers. In 1940, Japan invaded French Indochina so they could embargo all imports into China including war supplies from the United States. Some of these facts I knew, and some I didn’t. This is, of course, a very shortened version, but you can see that Japan was becoming increasingly more dangerous to the world, and to everyone in it.

attack on the United States by Japan could happen at any time…without warning. On November 9th, Winston Churchill, who is my 15th cousin once removed, told the United States that if we went to war with Japan, the British Empire would declare war on Japan “within the hour.” It was a heavy responsibility for the United States, and for Secretary of State Hull. Nevertheless, something had to be done, and the world was looking to the United States to make the first move.

The decision to go to war is a difficult one, and one that I do not believe any civilized nation takes lightly. I’m sure that is why so many presidents have tried every possible restriction against some of the crazy dictators in this world. The problem is that so many of those dictators are not moved from their agendas…no matter what. Secretary of State Hull decided to try one more time, and so he wrote the Hull Note on November 26, 1941, which outlined ten proposals, some of which matched earlier Japanese proposals, but of others, Hull knew meant he was basically declaring war on Japan. The agreement would have to be made by November 29, and of course, history tells us that Japan did not agree. While Australia tried an offer to act as mediator between the United States and Japan on November 29th, they were told that the opportunity to settle this was past. On December 1, 1941, Japan’s Emperor Hirohito declared war against the United States, Britain, and the Netherlands, after rejecting the demands of the United States in the Hull Note, which the Japanese later dubbed The Hull Ultimatum, as a way of making the United States look like they were to blame for all this.

It was this action…on this day in history, and the events leading up to this action, and those that would follow, including the attack on Pearl Harbor on December 7, 1941 that drew the United States and our allies into World War II, and that would ultimately bring about my dad’s part in that war…as well as the part played by so many others, including a number of my uncles. War is a horrible event, and one that I truly don’t believe anyone 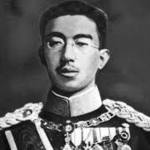 wants to be a part of, but sometimes it is inevitable. When a nation, such as Japan decides to take over the world…one weaker country at a time, someone has to step up and put a stop to it. Unfortunately, history has placed that responsibility in the hands of the United States many times. There are people who think we should just stay out of it, but if we did, just how long would it be before that nation came after us, because we appeared weak too. We might be able to fight them off…unless we have allowed our military might to be reduced to a point of making us as weak as some of these other nations. If we couldn’t fight them off, then our nation would lose it’s many freedoms, and we would find ourselves living under a dictator too. While I hate war too, I am not willing to lose the freedoms our military personnel have fought so hard for…are you?