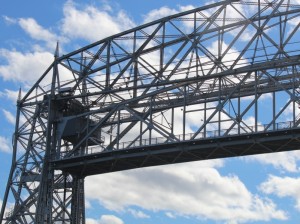 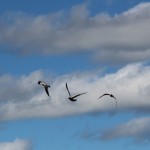 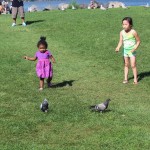 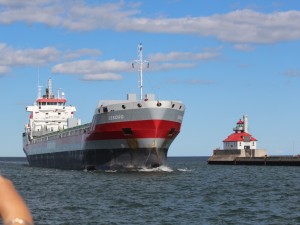 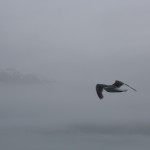 As a kid, I was probably…different than lots of other kids. While most of my friends were listening to rock and roll, I was too, but I also liked things that were different, like Jonathan Livingston Seagull, by Richard Bach. When Neil Diamond did his narration, I found the story line very fascinating. Here was a seagull that wanted something different from life. He didn’t want the boring everyday existence, but the extraordinary. That was how I felt. It was quite easy to relate to Jonathan’s desire for excellence and yes, even greatness. He wanted to be remembered for doing something different, and like most pioneers, he was not appreciated for his efforts. The flock was disgusted with him, and threatened to throw him out. His parents were humiliated…horrified even, that their son wanted to be so different. That could sound like lots of parents today, but thankfully not my own, who wanted their daughters to be whatever they chose to be.

I have always loved to watch seagulls. Most of the ones I could watch…around the fast food joints in Casper, Wyoming, were of the same old boring race for food variety, but when you get out on the ocean…and watch them from a ship, it’s a very different thing indeed. Those 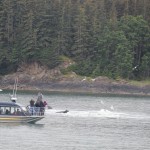 There were lots of seagulls on our trip…the kind who went out by the fishing boats hoping for scraps of food, of course. There were also the ones who hunted for their own food, gliding low over the water, and then swooping down into the water hoping to catch their prey. They even hung out around the whales, although I have no idea what they were hoping to gain by that. Perhaps they thought the whales might stir up the fish, bringing them to the surface for easier hunting. While these gulls were doing what normal gulls do…hunting for food. They were not extraordinary and they were certainly not unique. 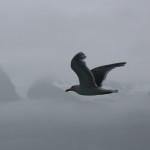 The gulls that loved flight were something so different, however. Yes, they swooped into the water for food too, but it did not seem to be the only thing they cared about. Watching them soar across the sky, or try to keep up with the ship, holding their position so they could look into the windows at the passengers, was so interesting. You would think that the ship, or at least the passengers would scare the birds, but they seem drawn to them. It’s almost like they are showing off. Like Jonathan Livingston Seagull, they seem to be shooting for something outside the norm. And that is what draws my attention to them too.