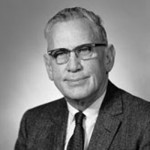 There are so many things that we have now that make life easier. Washing machines, dish washers, clothes dryers, telephones and cell phones, computers, refrigerators, and television…just to name a few, are inventions that have simplified our lives, and made things more fun. But, there are also things that we often give no thought to at all, and yet without them, things would be a lot more difficult. Just think for a moment. Try to name the little inventions that make life easier…the potato peeler, glue, ink pens, and the one, I’m specifically talking about today…Scotch Tape.

In years gone by, people had to tie their wrapping paper in place with a ribbon or cord to wrap presents. And what about torn papers…especially important papers that can’t be replaced. You always hope you never tear these things, but sometimes it can’t be helped, and rather than throw it away, the best solution is to tape it. Scotch tape has improved greatly since it was first manufactured, and these days, the things taped will often stay together a lifetime, without yellowing. If you’ve ever looked at 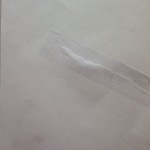 an old scrapbook, you might find some of that old tape, and see that everything around it is now yellow and ugly. The glue used just wasn’t as good as it is now. Nevertheless, tape then was far better than having none at all, because before that, if something was torn, it stayed torn, or had to be reproduced by hand.

When it comes to Scotch Tape, you can thank one Richard G Drew, who was an engineer working for 3M Company, also known as Minnesota Mining and Manufacturing. Drew, who was born in 1899 and died in 1980, and not a relative that I know of, first invented masking tape made for painters in 1923 which was designed to help painters paint a straight border between two colors. You will find that this product is still is use today, although it too has gone through some improvements. This early masking tape was a wide paper tape with adhesive on only the edges of the tape and not in the middle…which would seem odd to us now. Then in 1930, he made an improved, all purpose tape called Scotch (TM) Brand Cellulose Tape. This tape was clear, and worked so well, that it was soon adopted worldwide. Of course, with the invention of the tape, came the need for a dispenser, which Drew’s co-worker, John A Borden obligingly made, with a built- 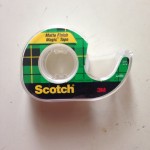 It was a little invention that in many ways changed the world. These days, we really don’t know what we would do without it, and when we run out, we find ourselves highly annoyed. We may not use Scotch Tape on a daily basis, but when we need some, we need some, and a trip to the store to get it is bothersome. It’s an item we just don’t want to run out of. So the next time you grab a piece of Scotch Tape from the dispenser, take a moment to thank Richard Drew for the tape, and John Borden for the dispenser with that nice cutting edge. They have made your life a whole lot easier.