Count It As Lost 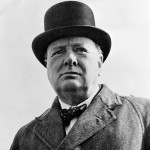 As a young battalion commander, Winston Churchill had a lot to learn about the facts of war. He was destined for greatness, and if he was to realize his destiny, he would have to learn many things. On January 17, 1916, he was battalion commander on the Western Front, when he attended a lecture on the Battle of Loos given by his friend, Colonel Tom Holland, in the Belgian town of Hazebrouck. It would be one of the first lessons, but the resulting knowledge might not be what we all would think. It was not about strategy or brave heroics, but rather of hopelessness.

The Battle of Loos, which took place in September 1915, resulted in devastating casualties for the Allies and was taken by the British as a sign of the need to change their conduct of the war. In one major consequence, Sir John French was replaced by Sir Douglas Haig as British commander in the wake of that battle. “Tom spoke very well,” Churchill wrote to his wife, Clementine, “but his tale was one of hopeless failure, of sublime heroism utterly wasted and of splendid Scottish soldiers shorn away in vain with never the ghost of a chance of success. Afterwards they asked me what was the lesson of the lecture. I restrained an impulse to reply ‘Don’t do it again.’ But they will–I have no doubt.” What Churchill took away from the lecture was that in war, there is no winner…not really. There are losses on both sides, sometimes almost equal in number, so that the victory goes to the one who holds out the longest. Defeat comes in surrender.

Churchill had been demoted from First Lord of the Admiralty after the British plan to attempt a naval capture of the Turkish-controlled Dardanelle Straits met with resounding failure in mid-to-late 1915. Reduced to a minor ministerial position, Churchill resigned from the government in November 1915 and rejoined the army, heading 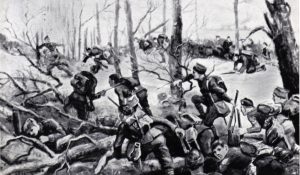 to the Western Front with the rank of lieutenant colonel. During his six months in Belgium, Churchill…who would later lead his country to victory in the World War II and be celebrated as the greatest political leader in British history, saw first-hand the hardships of war and the sacrifices that unknown, unheralded soldiers made for their country. More than once, he himself narrowly escaped death by an enemy shell. As he wrote to Clementine, “Twenty yards more to the left and no more tangles to unravel, no more anxieties to face, no more hatreds and injustices to encountera good ending to a chequered life, a final gift–unvalued–to an ungrateful country.” I find it amazing that a man so capable of “winning” a war, would count it as lost.

Memorial Day…a day for remembering the fallen soldiers, began after the Civil War, which has laid claim to the most war dead in any war in history. Most people don’t know that. When you think about the fact that so many of the fallen soldiers in the Civil War died gruesome deaths, torn to pieces by cannon balls or musket guns. Medical care was minimal, at best and nonexistent in many cases. There were no dog tags or DNA testing, so many of the soldiers killed were never identified. They died without dignity, after giving their live so nobly in the fight for freedom.

Ours was a nation in mourning, with no way to fully express the depth of its feelings. Originally called Decoration Day, this day was set aside as a day to decorate the graves of war dead, giving them the honor and dignity they did not have at the time of their death.

Since its inception on May 5, 1867, Memorial Day, as it is now called, has changed in many ways. Many people simply think of it as a day off from work…a good day to party or gather for picnics with friends and family. They forget that since the Civil War, our nation has been

involved in many wars and police actions, as they have been called since World War II. People notoriously try to block out those things that make them feel uncomfortable. Sad…that we could so easily forget the sacrifices that have been made to give them the freedom to choose not to honor the men who fought to give them that freedom. Sad that we could be so quick to forget.

Today, those of us who celebrate Memorial Day as Decoration Day have also added our loved ones who are not veterans, and I believe that is fitting too. So, for me, I honor my dad, my father-in-law, nieces, aunt, uncles, grandparents, and cousins who have gone before me. I love you all.