Hanging With The Airplanes 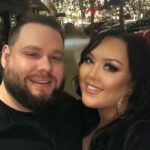 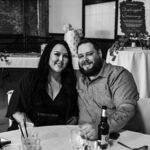 My niece, Lacey Stevens’ boyfriend, Chris Killinger has had a few “news” in his life these days. Recently, he got a new truck, and Lacey tells me that he is obsessed with it. I’m not sure if obsession is a good thing, but Chris certainly thinks it is. Lacey tends to think it’s a little too much obsession, but then, most girls probably don’t understand the obsession men have with their vehicles. I know I don’t get it. It is a guy thing, for sure.

Chris also has a new job. He wasn’t sure how he was going to feel about his new job, but now he absolutely loves it. Chris was very surprised to find out that he really likes the aviation industry. Chris can often be found posting a morning “view from my office” picture for the rest of us to see. I must say we are all just a little bit envious of his office view, which includes the runway and airplanes at the 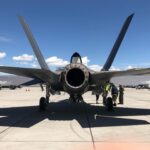 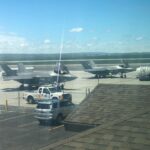 Casper/Natrona County International Airport. Chris is the Inventory Control/Purchasing Agent at Soaring Aviation, and his office is practically on the runway. Recently, there have been a number of military planes flying into the airport for training purposes. Who doesn’t love F-18s and F35s? Most of us could stand to watch them all day long. We love them in flyovers and feel a thrill as they roar over our heads. For Chris, that has become a daily activity, and that is very cool. He has also been able to bring some of his family out sometimes to watch all the activity that takes place at the airport. That is something none of them ever expected to make a regular part of their lives, but they are really loving the fact that it has become just that. 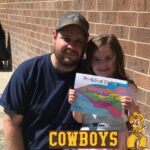 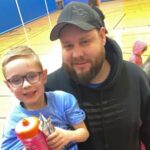 Chris is dad to Brooklynn and Jaxon. Along with Lacey, they are his priority. Chris is very supportive of the business that Lacey started this past year. He is always posting advertising for her salon on his page, helping to bring in business for her, and his efforts have contributed to a very successful first year for Lacey. The happiness of his family is the most important thing to Chris. Chris and Lacey love to take the kids to do fun things. Right now, the family is just enjoying life and summer vacation for the kids. Today is Chris’ birthday. Happy birthday Chris!! Have a great day!! We love you!! 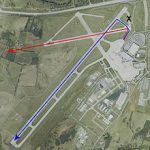 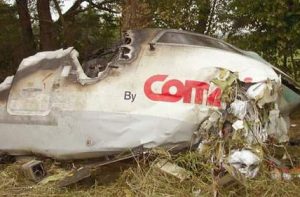 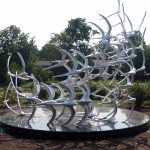 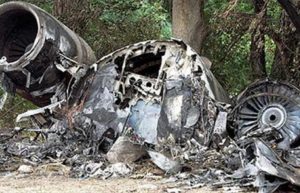 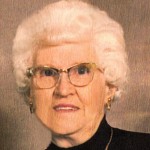 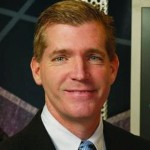