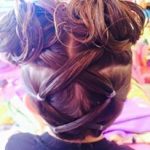 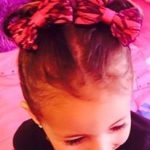 While my grand niece, Aleesia Spethman is very much a girly girl, she has an alter ego too. Aleesia has three brothers, and when a little girl is raised around three brothers, it soon becomes obvious that she will take on a few…or even a lot of Tomboy traits, and that is exactly what Aleesia has done. She is a girl, and she likes dressing up like a girl, and wearing pretty hair styles like a girl, but she can totally keep up with her brothers too. In fact, she pretty much has her brothers wrapped around her little finger…or very buffaloed, because she rules that roost.

One day, while playing with her cousin, Anna Masterson, it had rained outside, and the girls decided that this was the perfect time to try out a new pastime…collecting worms. Aleesia had a little fish container that had an 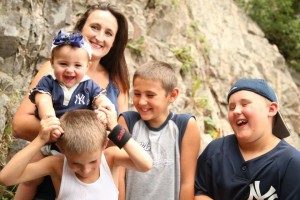 open mouth, and after working a while, she came running up to Anna’s mom, Dustie and told her that she had some “squirmy wormy worms” in the fishes mouth. She certainly did, and one of them was probably five inches long. Of course, she let the worms go home to their mommies, because she didn’t want them to die, after all. For such a girly girl, our little Aleesia has no problem with bugs and other insects. Another time, Anna had decided to kill some hornets that had come into the back porch of the girls’ grandma, my sister, Cheryl Masterson’s house. Anna was stepping on the hornets, and it was working quite well. Aleesia decided to kill hornets too, and while she was successful at stepping on it, she didn’t understand that shoes were really needed for this project, so she got stung. Being the tough little girl she is, once she stopped crying about it, she had to tell everyone about the event. It was like a badge of courage to her, and she wanted everyone to know how brave she had been.

Aleesia has a unique relationship with her Uncle Rob Masterson too. The first time I witnessed that one, I was 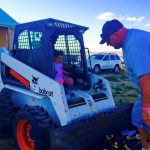 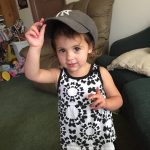 somewhat shocked that Rob was picking on her in such a fashion…until I found out that this was a mutual attack. It’s a game the two of them play, and Aleesia thoroughly loves it. In fact, she is often the one to provoke him!! Practically the instant she walks in the door, she is ready to spar with her uncle, and he is just as ready. It is quite hilarious to watch. After spending time around Aleesia, I often wonder how she could possibly be a girly girl at all. Nevertheless, she is, but she’s a tomboy too. Today is Aleesia’s 4th birthday. Happy birthday Aleesia!! Have a great day!! We love you!!